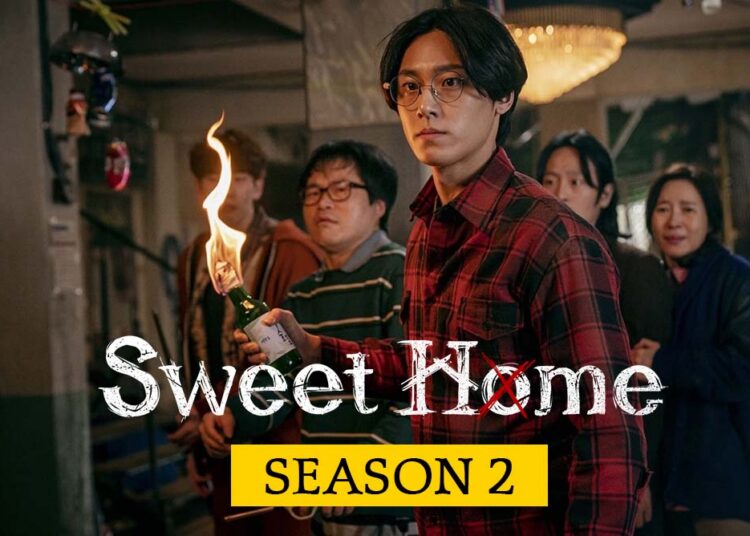 ‘Sweet Home’ Season 2: An apocalyptic horror series of South Korean origin, this was picked up for an international viewership by the streaming network of Netflix. Adapted from the eponymous webtoon, created by Kim Kan-bi and Hwang Young-chan that recorded over 1.2 billion net reads and gave the television series a ready license. The dystopian drama debuted on December 18, 2020, and took off after 10 episodes.

Produced by Studio Dragon that has been the patron of famous dramas like My Holo Love , Love Alarm, Arthdal Chronicles, Crash Landing on You, the series has gotten off to a great start but its renewal still hangs in the balance.

Though Netflix has a habit of delaying any announcements of second seasons until there’s some indication of how the first has performed and according to the global reports, it has already made it into 32 different top 10 lists. It has topped off the charts in South Korea, Malaysia, Philippines, Qatar, Singapore, Taiwan, Thailand, and Vietnam.

This must be compelling enough to get the streaming giant to order a well-deserved sequel for the potentially inflated audience.

What can be the plot of Sweet Home Season 2?

The season left off with an ambiguous ending with us hanging in there.

There are multiple scenarios that are stretching out for a closure

The finale went offshore with Sang-wook dying in the pool of his own blood while attempting to take Yu-ri outside after finding her having an asthma attack.

Ui-Myeong’s uncontrollably firing kills two survivors, it is only after Hyun-Soo turns into a monster that he is stopped. Hyun-Soo goes to confront the military while the apartment building starts to collapse as a result of an explosion.

While a very few have made it above the ground, Hyun-Soo wakes up in an armored vehicle and is greeted by Sang-wook, only to realize it is instead Ui-myeong, who has taken Sang-work’s form.

Now what we have a lookout for is how long the handful of survivors who have been promised a so-called safe haven can hold onto humanity.

When is it due for a release?

Given that the production on the second season is not yet put into action, it is supposed to be an extensive long of waiting until the summer of 2022.

Stay tuned in to learn about the latest updates.