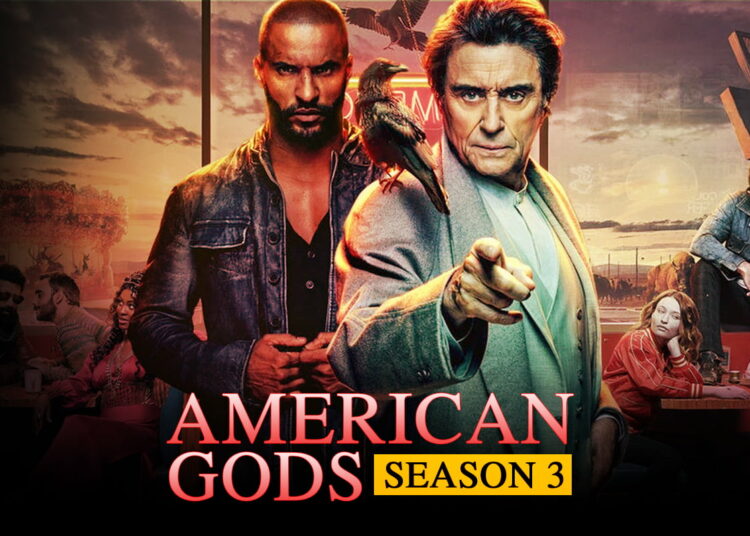 American Gods Season 3 Trailer: The 3rd season of the American Gods is adapted from one of the internationally best-selling novels, with the same name authored by Neil Gaiman.

This novel is based on the epic story of an inevitable war that was building among the Old gods of the Mythology and the New gods of technology.

Starz drops a new teaser trailer on the 3rd Season of the American God, in the conjugation with New York Comic-Con panel on the Friday of the last week.

In this season, former Hollyoaks star Ricky Whittle would be seen as Shadow, he angrily pushes his new destiny away after discovering that he is really a god.

The trailer of this new Season teases the Shadow’s story, as he settles idly in the snowy town of the lakeside, whereas, Wisconsin makes his own path, guided by the Orishas, the gods of his black ancestors.

However, he will soon discover that the town’s still water is running deep, dark, and Bloody, and accepting that you don’t get to simply reject being a god. The only choice which left is, what kind of god are you going to become.

The storyline of the American Gods Season 3

The protagonist of the American God, Shadow Moon is a man pulled into the service of the mysterious Mr. Wednesday, a character which is played by Ian McShane.

At the end of the show, Shadow realizes that Mr. Wednesday was his father, and also, he is actually a Norse All-Father god Odin, which makes him a demi-god.

If we talk about the other cast members protagonist, Shadow character would be played by Ricky Whittle, Emily Browning would be appearing as Laura Moon, Yetide Badaki would be on the screen as Bilquis, Bruce Langley plays Tech Boy, Omid Abtahi will be in front of the audience as Salim, and also, series comes up with new stars which include, Ashley Reyes who would be shown as Cordelia.

According to the information received, season 3 of American Gods will premiere globally on the Prime video in early 2021.