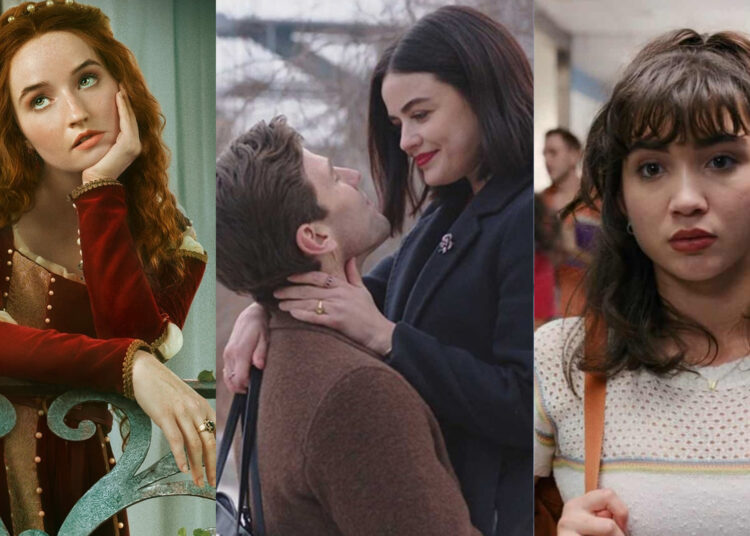 Somebody I Used to Know is all set to be released next month on February 10th, 2023, and here are the 5 Must Watch Movies you can watch while you wait.

When she takes a trip to her hometown, she comes across and reunites with Sean, her ex-boyfriend which leads to questioning her life choices. Meeting a younger woman named Cassidy in whom Ally sees the reflection of her past self, makes her question herself even more.

American actress Alison Brie has been cast to portray the protagonist Ally in the movie with Jay Ellis and Kiersey Clemons playing Sean and Cassidy respectively. The movie will be released on February 10, 2023, by Amazon Studios.

In this list, we have discussed five other romantic comedy movies that you might enjoy if you are waiting for the premiere of ‘Somebody I Used to Know’.

Must Watch 5 Rom-com Movies like ‘Somebody I Used to Know:

Alex Lehmann created this romantic comedy movie the plot of which revolves around a young woman’s journey through trauma, recovery, and love.

It follows a woman named Sheila, struggling with suicidal thoughts, who comes across a time machine through which she reaches the night of her best date and lives that night again and again.

Ignorant of the fact that meddling with the past affects the present and future, she wishes to fix her boyfriend Gary to turn him into a perfect man. But as she goes even further back for that, will she become able to understand that he was already quite perfect?

Famed for playing Penny in the popular sitcom ‘The Big Bang Theory‘, Kaley Cuoco has portrayed Sheila in the movie. American actor and comedian Pete Davidson has starred as Sheila’s boyfriend Gary. The movie was released on September 21, 2022.

The plot of this romantic comedy movie revolves around two strangers Peter and Emma who become acquaintances and then form a close bond through their similar condition.

As they find out that they have been lovelorn recently on the same weekend, they decide to help each other in sabotaging their exes’ new relationships which they have entered after moving on easily. But will their mutual goal turn into something else that did not foresee before?

Charlie Day and Jenny Slate starred as Peter and Emma respectively in the movie. Amazon Studios released this movie on February 11, 2022.

Karen Maine directed this romantic comedy movie that is adapted from the 2012 young adult novel by Rebecca Serle- ‘When You Were Mine’. Both the novel and the movie were inspired by Shakespeare’s famous comedy ‘Romel and Juliet’.

It is a comedic retelling of the famous play. But in this, the point of view of and focus upon the titular hero and heroine Romeo and Juliet have been shifted to Rosaline, who is the woman we find Romeo pining for at the opening of the play. Before he falls for Juliet, Romeo claims to have loved Rosaline who happens to be a cousin to the legendary Juliet.

Kaitlyn Dever has portrayed the character of Rosaline with Isabela Merced and Kyle Allen playing Juliet and Romeo respectively in the movie. It premiered on October 6, 2022, at El Capitan Theatre. Eight days later it was released on Hulu, Disney+, and Star+.

This romantic comedy movie is adapted from the same named novel by Sally Thorne. The plot follows an ethical and uncompromising woman named Lucy who wants to reach the height of professional success. But when she finds herself against Joshua, a cold and efficient nemesis, in a pitiless game of one-upmanship, she begins to discover her growing attraction toward him.

Lucy Hale and Austin Stowell starred as Lucy and Joshua respectively in the movie. It was released on December 10, 2021, in the United States.

The plot of this coming-of-age romantic comedy movie revolves around a young artist Paige Evans who joins the high school track team only to get closer to a girl named Gabriela Gabby who has been her crush since childhood.

But after joining the team, she unexpectedly finds herself growing attracted to another teammate. Now while experiencing what real love actually feels like, she finds her life changed for good.