We have compiled a selection of gripping crime films that will have you on the edge of your seat. You must give a try to these movies. 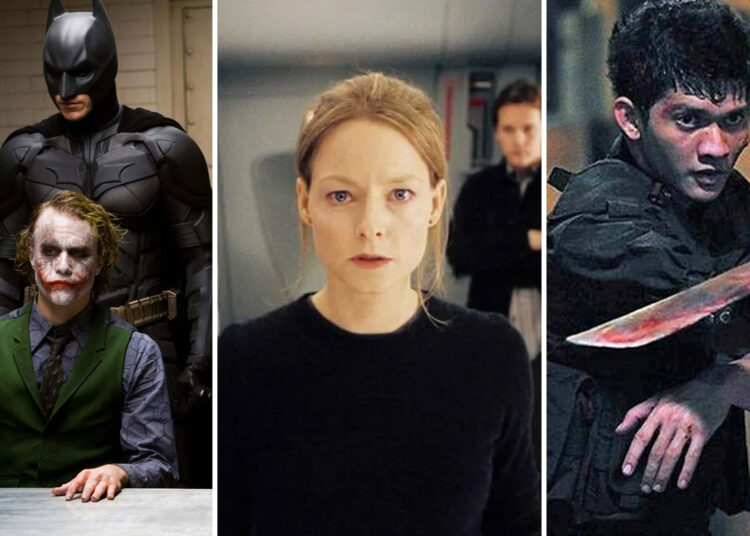 Are you looking for the top 10 crime movies to watch in 2023? Well, we will always look out for your best interests! We have compiled a selection of gripping crime films that will have you on the edge of your seat.

These films will undoubtedly become some of your favorites, whether you’re looking for something to watch on a Sunday afternoon or for a sleepover with your colleagues. The majority of them are also available on Netflix, DisneyHotstar, or Amazon Prime.

Back in the 1970s, this kind of movie had begun to gain popularity. While nevertheless thrilling, these films also highlight the harsh side of human nature.

The fans of crime movies are excited by any corruption, whether it comes from the legal system, the government, society, or a single corrupt individual. Some of the top crime films on this list will keep you hooked to the screen through to the very end. So, let’s begin!

Also Read: Top 8 Documentaries Like Gunther’s Millions, While you wait for the series.

The list of top 10 crime Movies to binge-watch in 2023 are listed below:

Tom Cruise and Jamie Foxx-starring crime thriller has grown to be one of our favorites. A man named Max was in the middle of an adventure when suddenly, things took an unexpected turn.

Max was traveling through Los Angeles as he does every day when he came upon a man named Vicent. In addition to this, Vincent and Max had reached an agreement.

In exchange for a premium price, Max agreed to transport Vincent to several locations, and Max accepted the offer without knowing who Vincent was. He later discovers himself in Vincent’s possession, a hitman who was on a murderous contract rampage. You can watch this movie on Amazon Prime Video if you’re interested.

This film, which was created by Gareth Evans and cost a modest 1.1 million dollars to produce, was made on a small budget. A team of 20 police officers organizes a raid at a building in a Jakarta slum, which serves as the setting for the entire film.

The crew searches the first six floors of the building in an effort to capture the crime lord Tama Riyadi, but everything goes wrong when they discover they have been ambushed by a sizable mob. There are several action-packed, expertly staged battle scenes in the underappreciated film The Raid.

Robert Schwentke‘s 2005 mystery psychological thriller, Flightplan, was based on a script by Peter A. Dowling and Billy Ray. Critics gave the movie mixed reviews, praising the direction, the cast’s performances, and the thriller aspects of the movie while criticizing the storyline.

The Dark Night is a dark and gritty superhero movie that is hard to compare to anything in the oversaturated genre and is still regarded by the majority of fans and critics as the best live-action Batman movie.

The story of how Batman joins forces with district attorney Harvey Dent and police lieutenant James Gordon to lessen crime in Gotham is compellingly told by director Christopher Nolan. However, their efforts are unsuccessful when the mysterious criminal known as the Joker intervenes.

The titular slum in Rio de Janeiro serves as the backdrop for the critically acclaimed epic crime film the City of God. The movie, which Fernando Meirelles and Kátia Lund co-directed, shows continual violence, subpar housing conditions, and criminal activities in that region.

Viewers will be startled by how awful the “City of God” really is after watching the horrifying and frequently startling way in which the film depicts the titular place.

The story opens with an unknown man who has made a name for himself as one of London’s top cocaine dealers. This individual, who goes by the name XXXX, has been tasked with discovering the daughter of the buddy of his boss. He and his two con artists delve deeper into the investigation, which draws him into a complicated network of interconnected personalities.

Goodfellas, a film by Martin Scorsese, is based on the real-life experiences of mob associate Henry Hill. From 1955 through 1980, it details his ascent to power alongside those of his allies, as well as the changes in their relationships, way of life, and tolerance for murder and other crimes.

It provides insight into the type of illegal activities and sacrifices those who choose to join the mafia should expect.

The violent crime movie Pulp Fiction is what established director Quentin Tarantino as a household celebrity. The film, which is set in Los Angeles, ties together numerous criminal stories while telling them from diverse points of view.

The plots include a number of topics, such as the mobster Marsellus Wallace’s need to find a strange suitcase, a Bonnie and Clyde parody, a night gone wrong for Mia Wallace, and more.

Serving as both a prequel and a sequel to the 1972 movie, The Godfather Part II continues director Francis Ford Coppola’s grand crime trilogy.

It has two main plotlines: the origins and early years of the powerful mafia, Don Vito, and Michael’s increasingly violent and perilous adventures as the new patriarch of the family.

The Godfather is a film about criminals that do not require any sort of introduction. The famous film, which was based on Mario Puzo’s 1969 novel of the same name, centers on the Sicilian family led by Vito Corleone.

It follows the first reluctant youngster, Michael Corleone, and his ascent to power, in addition to showing the harshness and dangerous behaviors that are so typical in the mafia.