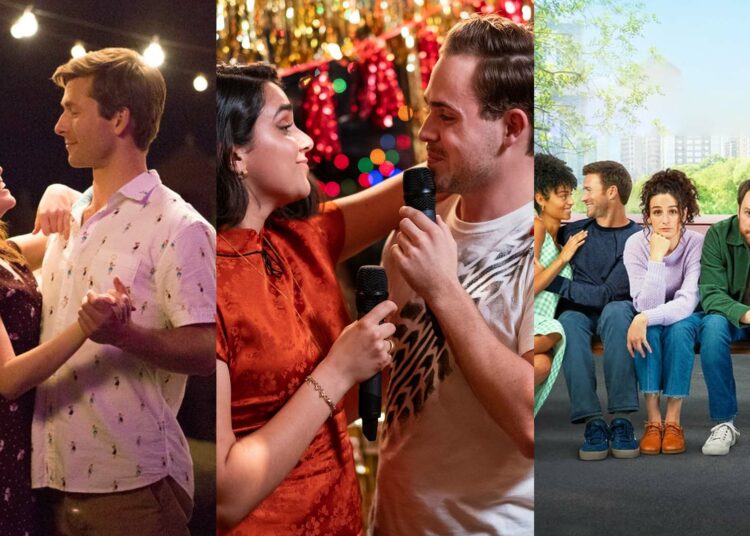 Your Place or Mine is all set to be released next month in February 2023, and there are Must Watch Films like this one, while you wait for the release.

Aline Brosh McKenna has directed the upcoming romantic comedy movie of America that will arrive in 2023. The plot will be seen revolving around a man and a woman swapping houses and finding their lives altered forever.

Debbie and Peter are best friends who are completely opposite of each other. Debbie lives in LA and craves routine with her son whereas Peter craves a change in New York. But when Debbie decides to pursue a lifelong dream of hers in New York, Peter comes to her home to look after her son.

Reese Witherspoon and Ashton Kutcher have been cast as Debbie and Peter respectively in the movie. Your Place or Mine is set to be released on February 10, 2023, on Netflix.

Top 5 Romantic Comedy Movies Like Your Place or Mine:

Nancy Meyers directed this romantic comedy movie the plot of which revolves around two women who become lovelorn during a similar time. Irish Simpkins is a society columnist for Daily Telegraph and Amanda Woods is the owner of a successful business producing movie trailers.

The two women live on opposite sides of the Atlantic Ocean and decide to exchange homes for the holidays in order to escape the heartbreak of having a change. After getting to one another’s home, Irish meets Amanda’s co-worker Miles Dumont and Amanda meets Iris’ brother Graham Simpkins as both of the women find their lives altered forever.

‘Titanic‘ famed Kate Winslet starred as Iris in the movie. This film marks Winslet’s first this type of role after being famed for starring in period films. Cameron Diaz can be seen portraying Amanda Woods.

And in the roles of Graham Simpkins and Miles Dumont, the film cast Jude Law and Jack Black respectively. The movie premiered on November 29, 2006, in New York City and later was released on December 8 in the United Kingdom and the United States.

This romantic sci-fi comedy-drama movie revolves around a young man and a woman harboring deep secrets who spend an enchanted weekend courtship that leads to unforeseen revelations. The man’s name is Bart he is a struggling writer and the woman’s name is Vienna she is an enigmatic woman to him entering his life just when he needed her.

The movie was released on March 12, 2021, in United States theatres.

Claire Scanlon directed this romantic comedy movie that follows two employees who are overworked and underpaid. To make their lives easier, they decide to set their bosses with each other so that, distracted, they loosen the burden on their employees.

Lucy Liu and Taye Diggs starred as Harper’s boss Kristen Stevens and Charlie’s boss Rick Otis respectively in the film. It premiered on June 12, 2018, in New York City and was released in the United States three days later.

The plot of this romantic comedy movie revolves around two strangers who have recently been dumped. As they come across each other’s path, they decide to ease their pain by teaming up and helping each other sabotage the new relationships into which their exes have entered.

The protagonists are Peter and Emma both of whom are thirty-somethings.

Charlie Day and Jenny Slate have portrayed Peter and Emma respectively in the movie with Gina Rodriguez and Scott Eastwood playing their respective former romantic partners Anne and Noah. Amazon Studios released this film on February 11, 2022.

Natalie Krinsky directed this romantic comedy movie that is executive produced by singer Selena Gomez. The plot revolves around Lucy, a woman of twenty-something living in New York City.

After her latest boyfriend dumps her, she comes across a hotelier Nick and after that decides to build an art gallery in which items belonging to the previous relationships of people will be displayed so that they get a place to leave their memorabilia.

Australian actress Geraldine Viswanathan and actor Dacre Montgomery portrayed Lucy Gulliver and Nick Danielson respectively in the movie. It was released in the United States on September 11, 2020.