The Aashiqui 2 actress Shraddha Kapoor is arguably one of the most popular actresses in the industry and her upcoming movie has already started to make a buzz. 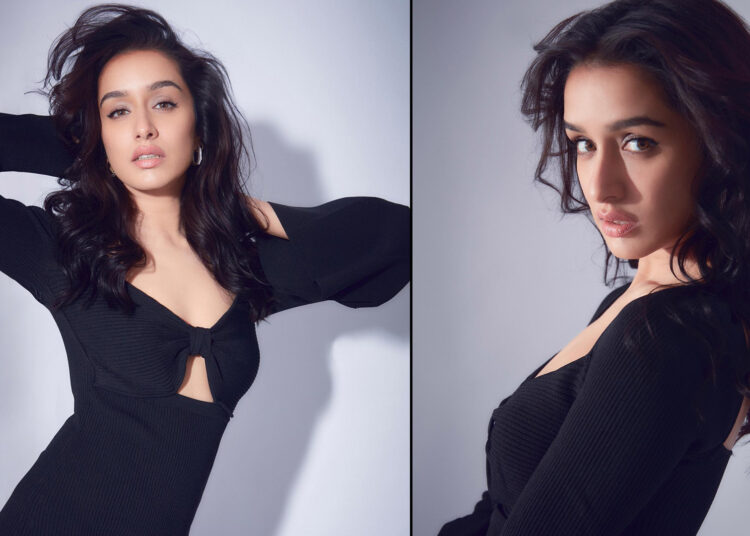 Shraddha Kapoor is one of the most popular actresses in the Bollywood industry and with over 77 million followers on Instagram.

She is the third most followed Indian celebrity on Instagram only after Virat Kohli and Priyanka Chopra, she has only of the most loyal fanbases and her fan have all the reasons to smile as their favorite actress is back on the silver screen after a long haul.

This week, the trailer of her upcoming movie Tu Jhoothi Main Makkar alongside Ranbir Kapoor was released and as expected, fans went wild as the trailer was trending on YouTube within hours of its release and it fetched over 50 million views on YouTube in two days.

Here are some pictures Shraddha Kapoor shared to promote her upcoming Film.

The promotions of the film are underway and both the lead actors have started to attend the media, meanwhile, Shraddha Kapoor took to her Instagram and shared an absolutely mesmerizing post, the beautiful actress was wearing a black bodycon dress that had a deep neck and full sleeves, she accessorized her outfit with a black heel and looked smoking hot.

Her light makeup and flowy curls hairstyle made her look sensual as ever. Shraddha was last seen in the year 2020 in Baaghi 3 and Street Dancer 3D, Baaghi 3 performed averagely at the box office while the latter failed to impress the audience.

Shraddha’s last successful film was Saaho with superstar Prabhas and it did a huge collection at the box office.

Now this movie was one of the most anticipated one because of Shraddha’s absence from the Bollywood industry and now that she is back and that too with a star like Ranbir, the expectations from the movie is very high and it has already started to make buzz among the fans. The film will hit theaters on March 8 and the trailer suggests that it will surely be a banger to look out for.