Kim Kardashian supported her son Saint for basketball game and decided to go on Snack break too! 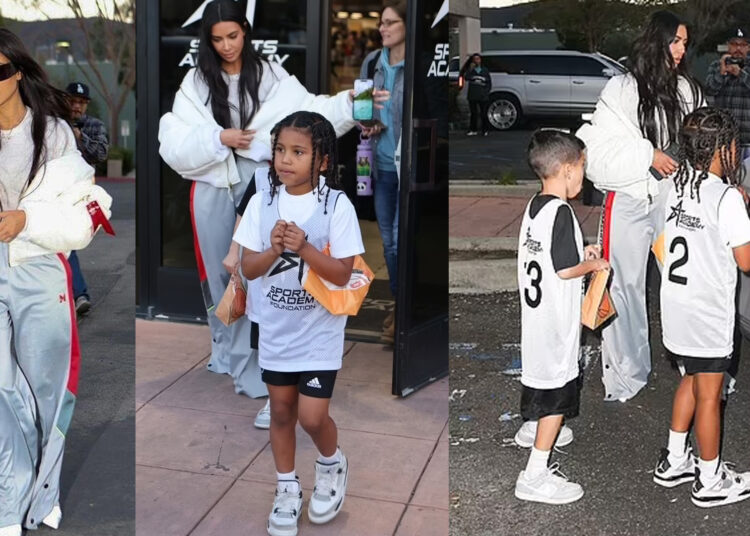 Kim Kardashian and her son Saint went shopping after his basketball game. We have seen how celebrities try to support their kids in every possible way. Whether it is related to taking them out for some shopping or supporting them in their game, it has become not just a duty but also a responsibility.

If we talk about something like this then a lot of Hollywood celebrities are very well known for it. They don’t want to leave any chance to be there with their children even if it is just for a few moments. Even if it is talking about some shopping or some outing.

Kim Kardashian was recently seen with her 7-year-old son Saint shopping. She decided not to waste any time after giving a great lecture at Harvard University. Being very good at treating children, she went to have snacks after a basketball match that happened on 20 January 2023. It was in Los Angeles on Friday, just after a few hours when she landed.

Coming to fashion then Kim Kardashian went with a white top and training pants. She was looking like a very cool mother while supporting and walking with her son. She was seen almost in no makeup look while keeping her hands on her son.

Here you can check out some pictures of Kim Kardashian With her Son Saint, 7 Snack Shopping After Basketball Game!

It was just a few days ago when Kim Kardashian has given an enlightenment lecture while visiting Harvard Business School. The reality star has shared her moment on Instagram where she talked about the success of the business. Kim Kardashian found the opportunity to talk about her brand related to the shapewear line.

According to some sources, Kim Kardashian has talked about working in business and getting some private equity. The lecture lasted almost 2 hours and related to becoming a successful business person in the future.

It is not the first time when Kim Kardashian has gained attention related to such things and among them is related to business. We have seen how she became a billionaire from the very scratch and now she owns almost everything she wants.

If it is not related to her business then it must be going related to her personal life. It was recently when Kim Kardashian and her divorce got finalized. She was also in news related to the reaction to the marriage of Kanye West with Bianca Censori.

She doesn’t care about what is going on in his life and just want to focus on herself and her children. She has already moved on from her past relationship and that’s the reason why it is not hard for her.