The Recruit Season 2: Owen to Get Along With Karolina!!!

The storyline of "The Recruit," an espionage thriller produced by Netflix, takes an unconventional twist by focusing on a young and inexperienced lawyer who works for the Central Intelligence Agency (CIA). 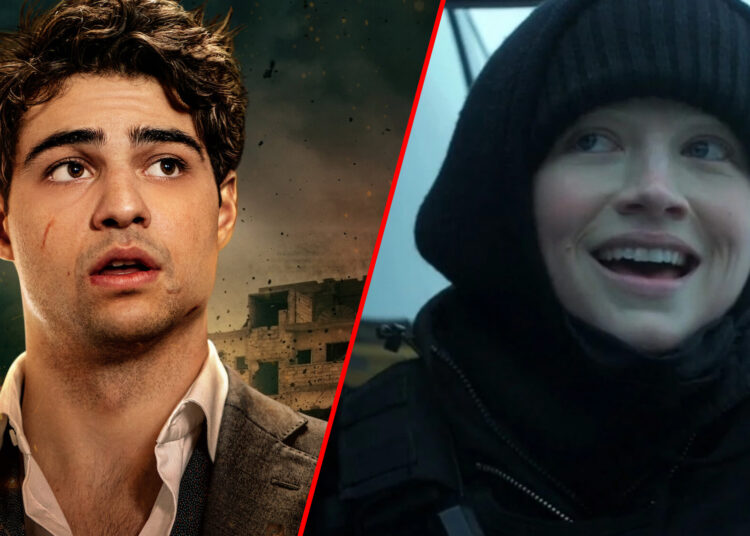 The Recruit ending hints toward Season 2 of the series, however, will Owen and Karlina get along or not?

The storyline of “The Recruit,” an espionage thriller produced by Netflix, takes an unconventional twist by focusing on a young and inexperienced lawyer who works for the Central Intelligence Agency (CIA).

Owen Hendricks is the protagonist of the Alexi Hawley-created action-comedy series. Hendricks is a freshly recruited CIA lawyer who is tasked with addressing grey mail received by the organization.

Maxine “Max” Meladze, a treacherous and manipulative woman who claims to harbor the CIA’s deepest, darkest secrets, comes into contact with Owen at some point. However, as Owen collaborates with Max, he encounters various risky circumstances.

Here is all the information you need to know about this series if you’re wondering if Owen manages to overcome all the obstacles and endure the pressures of his high-stakes work, as well as the relationship between Owen and Karolina.

Additionally, because the first season of the television series was so well-liked, more people were interested in learning when the second season would premiere. So, here in this article, we will also discuss the release date of The Recruit Season 2.

The Recruit Season 2: Owen To Get Along With Karolina

The fact that Max’s daughter Karolina is still alive was, without a doubt, the most unexpected turn of events in The Recruit, a drama that originally aired on Netflix. A former CIA asset named Max was attacked by a fellow inmate during the beginning of the first season of The Recruit when Max was still incarcerated and waiting for Owen to make an attempt to get her out of jail.

Max threatened her inmate by bringing up her inmate’s family, but she made sure to emphasize that she would never do anything to her inmate’s daughter because Max had a daughter of her own in the past. Although Max never explicitly stated that her daughter Karolina had passed away, she did imply that this was the truth.

However, the conclusion of The Recruit season 1 reveals that Karolina has been alive the entire time. It is essential to keep in mind that in episode 7 of season 1 of The Recruit, Owen goes to a bar and chats with a woman who goes by name Marta.

The Netflix series quickly made it known that Marta was a spy whose real name might have been Nichka, but this enigmatic new character had shrouded in even more secrecy. Karolina, who is Max’s daughter, was still alive and had been observing Owen and Max ever since they returned to Europe. Thus, Nichka was just another alias that Karolina used to hide behind.

Do Hannah and Owen Reconcile in The Recruit?

The answer to the question of who Owen actually ends up with in “The Recruit” was something that the show dabbled with throughout the entirety of its first season. Prior to the events of The Recruit season 1, Hannah and Owen had split up but continued to live together.

Despite this, they both maintained affection for one another.

Even though both Owen and Hannah had moved on with their lives, and Owen was dating Amelia and getting closer to Max, the Netflix show didn’t completely rule out the idea of them getting back together.

In fact, Hannah’s concern for Owen was the only reason she took a flight to Europe. The conclusion of the first season of The Recruit hinted that Owen and Hannah would make an effort to reconcile their relationship; however, Owen was kidnapped unexpectedly.

The Recruit has not been renewed as of yet; however, as we write this, it is currently riding high on the charts in a number of countries, so it would not surprise us if Netflix decided to renew a second season of The Recruit by the end of the month of January 2023.

And if that turns out to be the case, then we’ll have a second chance to gaze upon Noah’s lovable face in season two sometime around the beginning of 2024.

Expected Plotline For The Recruit Season 2

Owen witnesses his father, Max, being shot by Karolina, a Russian lady who may or may not be Max’s daughter, in the concluding episode of the first season, which is titled “WTFIOH.” But who exactly is Karolina? Can Max withstand the attack? Season two of The Recruit will focus on these issues and more, but only if Netflix decides to give the show another season.

Additionally, The Recruit concluded with the promise of a different Owen in season 2, but given that Owen is currently kidnapped, things will get worse before they get better for the lawyer-turned-spy.

The Recruit season 2 might center on Owen’s retaliation if Max died in the season 1 finale.