Hailey Bieber Showed Off New Haircut While Coming On Date With Justin Bieber!

Hailey Bieber was seen in a new haircut after a longtime while going on date with husband Justin Bieber! 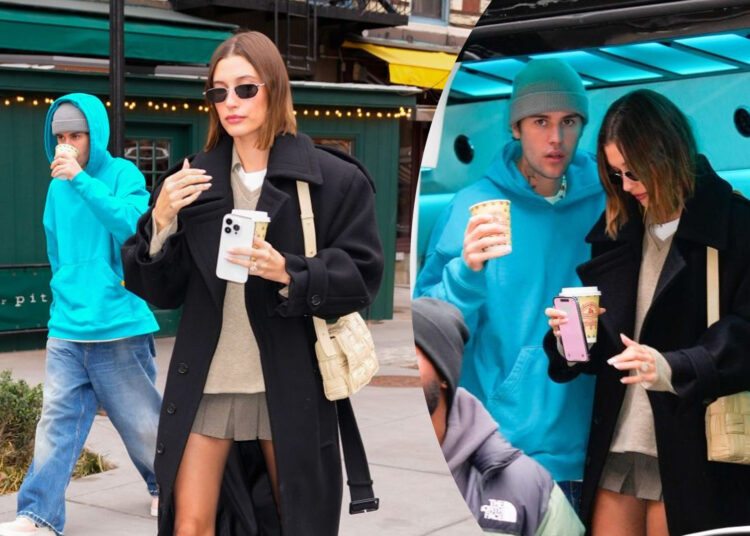 Hailey Bieber showed off her short hairstyle while going on a lunch date with her husband Justin Bieber. We have seen how celebrities generally change their look for any project and if not a project then definitely it is for their own choice.

Sometimes they just wanted to change their hairstyle because they wanted to change some part of their life as it is the best way to move on. While other times it is just a choice or we can say a normal choice to make their look better or quiet experiment.

The same has happened with the model Hailey Bieber who is seen with a new haircut. The 26-year-old Hailey Bieber decided to shorten her hair as it was seen while she was stepping out for a lunch date with her husband Justin Bieber. It all happened on 22 January 2023 on Sunday when the beauty founder showed her new haircut in a mirror selfie.

If we talk about her new hairstyle we should also talk about her fashion, she was wearing a very casual fashion. Hailey Bieber was seen in an oversized menswear jacket that has the logo of the University of Miami. It has green and orange stripes. She was also having sunglasses while her skin was glowing very naturally because of her skin care product.

Here you can check out some pictures of Hailey Bieber and Justin Bieber from Their Date.

If we talk particularly about the fashion of Hailey Bieber then she follows some classical fashion of 2000. A lot of people compare her fashion sense with that of Princess Diana and with no doubt, it looks quite similar. Talking about any fashion that she carries well then it is related to a mini skirt and some shoe look that is very much known on her body.

It was recently when she with Gwyneth talked about the controversies related to nepotism. They have talked about how they have faced many challenges even after becoming the product of nepotism. It is very easy to get access to people of parents’ work. She said:

“However, I really do feel that once your foot is in the door, which you unfairly got in, then you almost have to work twice as hard and be twice as good…Because people are ready to pull you down and say ‘You don’t belong there or ‘You are only there because of your dad or your mom”

If she is not making headlines related to her fashion then she is making it through the dates she goes with her husband. It was not long ago when we spotted Hailey Bieber with Justin Bieber as they appeared at the birthday party of Lori Harvey