Is Channing Tatum Getting Married Again Amid Zoe Kravitz’s Romance?

Channing Tatum revealed a lot about his personal life amid his romance with Zoe Kravitz! 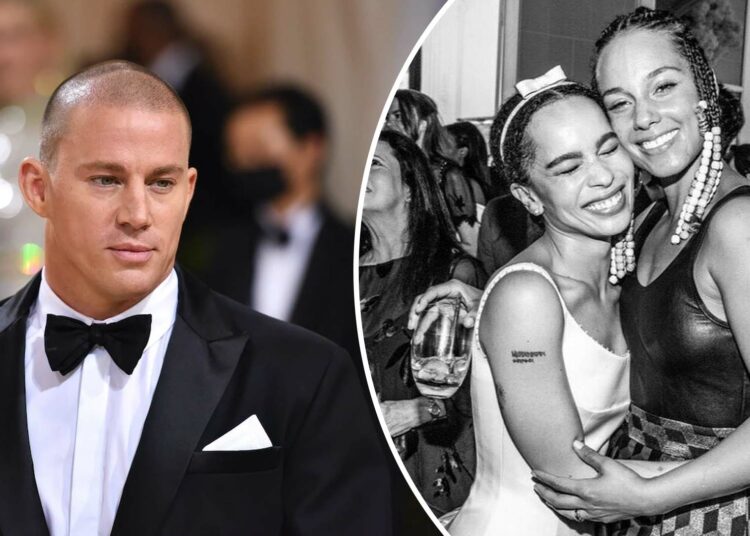 Channing Tatum shared whether he will marry again after divorce in between his romance with Zoe Kravitz. It is not at all easy for anyone to move from one relationship and then try to indulge in a second.

Breakup is hard and moving on is harder than it. And if things go related to divorce then it becomes way more toxic than one can think.

If we talk about celebrities then it becomes way harder as everything gets noted in news. Celebrities and their divorce is something that has always gained attention.

Something like this has recently happened as the actor Channing Tatum has talked about whether he would marry again or not in between his romance with Zoe Kravitz.

The 42-year-old actor has made a very rare comment about his love life. It all happened on 17 January 2023 with the interview at Vanity Fair. The actor Channing Tatum is right now in a relationship with 34 years old actress Zoe Kravitz after getting separated from his 42-year-old ex-wife Jenna Dewan.

Also Read: Jeremy Renner Is Back At Home After 15 Days of Hospitalization!

The actor has one daughter named Everly with Jenna. Coming from their relationship with Jenna then she is right now with Steve Kazee.

When it comes to the question of whether he would marry again or not then the actor said he doesn’t know whether he is going to get married again or not. He said that how relationships are very hard and in business it becomes way harder.

Channing Tatum has also talked about his separation from Jenna Dewan and said that they have tried for 10 years to keep this relationship in happiness. He talked about how they fought for it for a long time even though they were aware that separation is going to happen sooner or later.

“But when you’re parents, you really understand the differences between the two of you. Because it is screaming at you all day long. How you parent differently, how you look at the world, how you go through the world” continued Channing Tatum.

Coming to the relationship of both the couple then they met for the first time on the set of Step Up in 2005. After dealing with separation, they both admitted that the separation was terrifying. In the current scenario, they are right now focusing on their daughter.