Fauda Season 4 Ending Explained: Everything You Need To Know Is Here!!!

Fauda Season 4 continues to impress with its balanced presentation of touchy topics, such as the rivalry between Mossad and the Israel Defense Force. 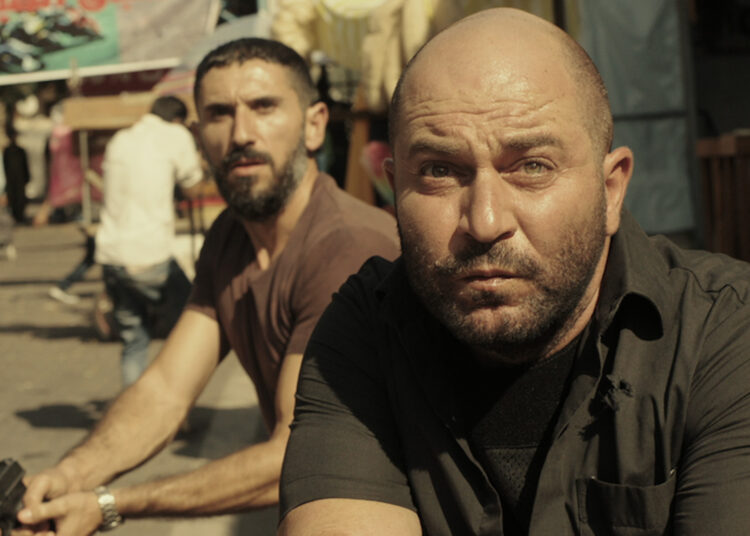 The highly awaited Fauda Season 4 was released in Israel in July 2022 and finally made its way to Netflix more than six months later, in January 2023. The Israeli military action thriller series ‘Fauda’ does not have a massive fanbase like some of the other international fare that is available on Netflix, but it does have a fanbase that is quite devoted to the show.

The protagonist of the well-liked Israeli television series is a former soldier who is compelled to go back to work in order to protect his country after learning that a notorious terrorist who was thought to be dead is still alive.

Following the tragic conclusion of season 3, we discover Doron Kavillio (Lior Raz) to be broken and isolated. But then, a new danger emerges from Hezbollah in Lebanon, and he is drawn back into the Israeli-Palestinian conflict once more. Here is all the information you need to know about the ending of  “Fauda” Season 4.

Fauda Season 4 Ending Explained: Everything You Need To Know Is Here

Sagi and Nurit reach a conclusion regarding their relationship and their future in the finale of season 4. Also,  Doron makes a pact with Dali that he will come back before joining the squad as they travel to Jenin to deal with the most significant threat to Israel’s security in recent years.

Sagi, Steve, and Eli: Are They Dead?

Eli, Sagi, and Steve are all shot by a sniper during the climactic battle, which takes place in Jenin. Also,  Doron kills Adel despite suffering injuries along with Russo and him. As the season comes to a close, we witness Doron on the ground, holding his friends’ hands.

It’s unlikely that Eli, Sagi, and Steve will all be dead in the upcoming fifth season, but it’s probably reasonable to presume that at least one of them is.

Numerous times, “Fauda” has proven that Doron is the only character in the program with plot armor. Eli is possibly the most dangerous of the three. The conclusion of ‘Fauda’ was extremely painful to experience for a number of the characters.

Eli’s loss will be most felt because he was planning to leave the forces soon. Additionally, it will emphasize how difficult it is for these troops to escape their lives.

What Happens to Nurit’s Baby?

Nurit initially keeps Sagi in the dark about her pregnancy after learning of it. He learns the news when the nurse who is caring for his wife makes a mistake and reveals it. Even though he is shocked, he feels real pain at Nurit’s remarks about not wanting to retain the child.

He doesn’t learn until much later that Nurit is reluctant to introduce the child to their chaotic world. They are both squad members, in contrast to other couples in the group. Their child has a real chance of being an orphan.

It appears that Nurit has ultimately made the decision to keep the child. She becomes anxious after suffering what turns out to be severe pains in her stomach.

When the doctor tells Nurit that she’s carrying a girl and that the baby’s heartbeat is strong, she can’t help but get emotional. Hope can get us through any circumstance, no matter how grim it may be. Even if there is a risk that Sagi will pass away, Nurit will find the resilience to carry on despite her loss.

Will Maya Change Her Mind?

Maya entirely loses faith in Israel at the end of the season. Even in the midst of her brother’s funeral procession, she gives a warning to Adel and his followers about Israeli special forces soldiers who were disguised as Hamas operatives. She lost her brother and her marriage and wasn’t even given the respect to bury her brother in peace.

The kind of resentment that must be smoldering within her is difficult to let go of. It is what makes people resentful and enraged about organizations that have mistreated them. It’s likely that she will return in the upcoming season 5 and take on a negative role. If not, she will likely participate in her community and acknowledge that there will never be a compromise in this conflict.

Fauda Season 4 continues to impress with its balanced presentation of touchy topics, such as the rivalry between Mossad and the Israel Defense Force. In this thrilling, action-packed series, which explains the motivations behind each action and reaction that takes place on your screens, good and evil are allowed to be judged by the heavens.

The best aspect of Fauda Season 4 is how it maintains its essential values while finding fresh ways to captivate viewers.