Vikings Valhalla Season 3: Everything we know so far

Here's all you need to know, including characters, potential plots, & release date! 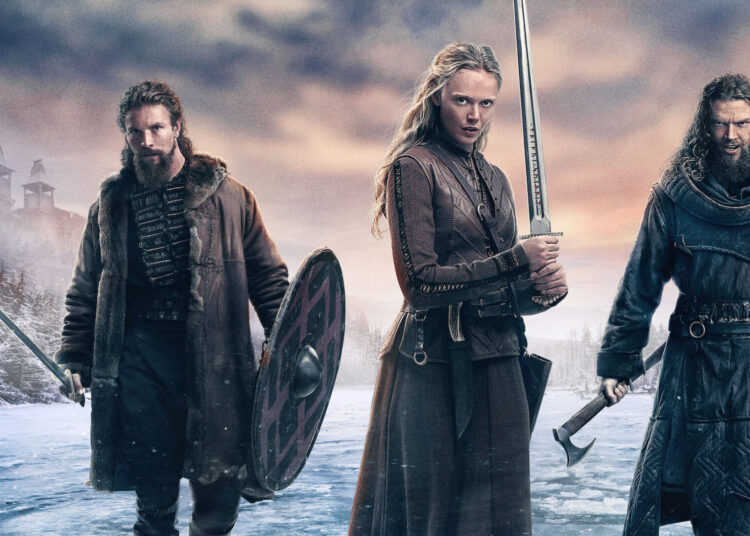 Will there be Vikings Valhalla Season 3, Let’s find out the details here. Another action-packed season of Vikings: Valhalla has just arrived on Netflix, with many fans rushing to binge-watch the new episodes as soon as they were released.

When will season 3 of Vikings Valhalla Season 3 be released?

The release date for Vikings Valhalla Season 3 has yet to be announced. However, it was reported in June that filming for the third season had officially begun.

So, as fans wait for the following eight episodes, which were shot in County Wicklow, Ireland, as was season three, there’s at least proof that it’s in the works.

Moreover, with season one released in February of last year and the new series coming around the same time a year later, we can only expect a similar turnaround. So put January 2024 on your calendar for the possibility of further episodes.

The cast of Vikings Valhalla Season 3 :

The main victim of the second season was Harald’s half-brother Olaf (Jóhannes Haukur Jóhannesson), who Freydis killed. While Vikings have never shied away from the supernatural, we’d be astonished if the pagan hunter reappeared.

Meanwhile, Erik, the Red is the season’s first confirmed arrival. Goran Visnjic, who starred in The Boys, will play the famous Viking (and father of Freydis and Leif).

There will also be four new main characters, including Merlin’s Bradley James as Harekr, the ruler of the legendary Viking settlement of Jómsborg. In addition, Hayat Kamille will play Mariam, a well-known astronomer.

What can we anticipate from Vikings Valhalla Season 3?

We’re jumping through hoops to obtain an idea of where the series may go in season 3 due to the series’ high number of historical inaccuracies.

There is no record of Leif ever visiting Constantinople, yet during his brief romance with Mariam, she gave all of her possessions to the Greenlander. This is likely how he will pay for his return to Greenland, eventually leading him to North America.

Harald joined the Varangian Guard, an exclusive group of mighty warriors from Northern Europe during this time.

They were the Byzantine Emperor’s bodyguards, and Harald was one of the guard’s most famous fighters. Harald served the Emperor for years and saw many battles throughout many of the Empire’s frontiers.

In addition, Harald became enormously wealthy due to his efforts to return to Norway and regain his rightful place as its king.

Godwin endured remarkably due to his relationship with Aelfwynn, but he also acquired the hand of Princess Gytha and married her.

His son, Harald, would become the last Anglo-Saxon King of England before falling to William the Conqueror at the Battle of Hastings.

Where can I watch Vikings Valhalla Season 3?

The first two seasons of Vikings: Valhalla is presently accessible on Netflix. All six seasons of the original Vikings series, which begins a century before the events of Valhalla, is available on Prime Video.