The gorgeous sisters Janhvi Kapoor and Khushi Kapoor are blessed with amazing beauty and they make jaws drop where they go. 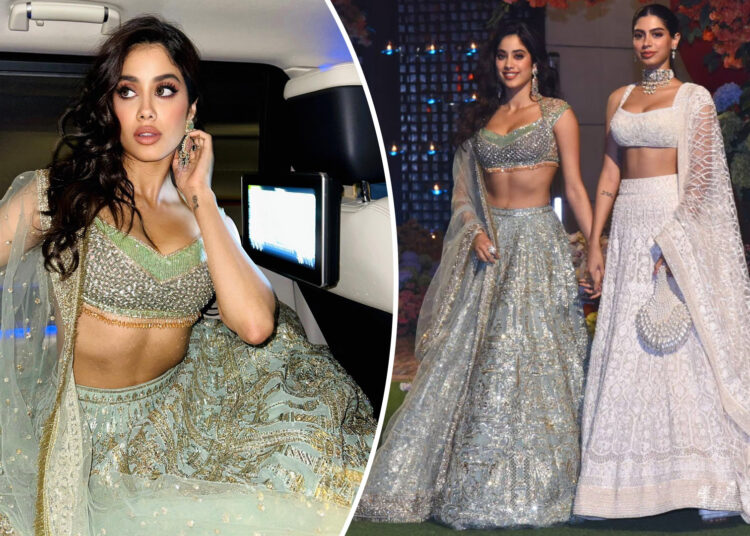 Kapoor has ruled the Bollywood industry for decades, they are a level above everybody else and now the upcoming generation is keeping the trend going on. The sizzling sister duo of Janhvi Kapoor and younger sister Khushi Kapoor are one of the most beautiful divas in B town and they always move in style.

Janhvi Kapoor has already become a huge name in the film industry and has established herself as a very good actor while the younger sister Khushi Kapoor is yet to make her debut, and the good news is that her debut will come this year only.

Now Janhvi is already known as a show stopper and leaves everyone’s jaws dropping wherever she goes and the same goes for Khushi, and when they both come together, we witness the epitome of beauty, class along with glamour and something similar happened on Thursday this week when the Kapoor sisters arrived at the engagement ceremony of billionaire businessman Mukesh Ambani‘s son Anant Ambani and Radhika Merchant.

Also Read: Mrunal Thakur Turns on the Heat in a S*xy Bodycon Dress

Here you can check out some pictures of Janhvi Kapoor and Khushi Kapoor In Lehenga.

Janhvi Kapoor was dressed up in a green pastel lehenga with a net dupatta by prominent Indian designer Falguni Shane Peacock, she opted for wavy open hair and dramatic makeup, and she overall looked absolutely ravishing.

n the other hand Khushi Kapoor pulled up a dazzling look wearing a white lehenga designed by Manish Malhotra, the outfit comprised a sleeveless blouse and a scoop neck design and she looked absolutely breathtaking.

Meanwhile, on the work front, both the sisters will have a busy year in 2023, Khushi will be making her acting debut with Zoya Akhtar‘s directorial film The Archies which will be released on Netflix, while Janhvi who was last seen in Mili has two films this year, the first one is Bawaal alongside Varun Dhawan and the other one is Mr. & Mrs. Mahi alongside Rajkumar Rao.