Britney Spears has no issues with her ex boyfriend Justin Timberlake as she posted a throwback picture on Instagram! 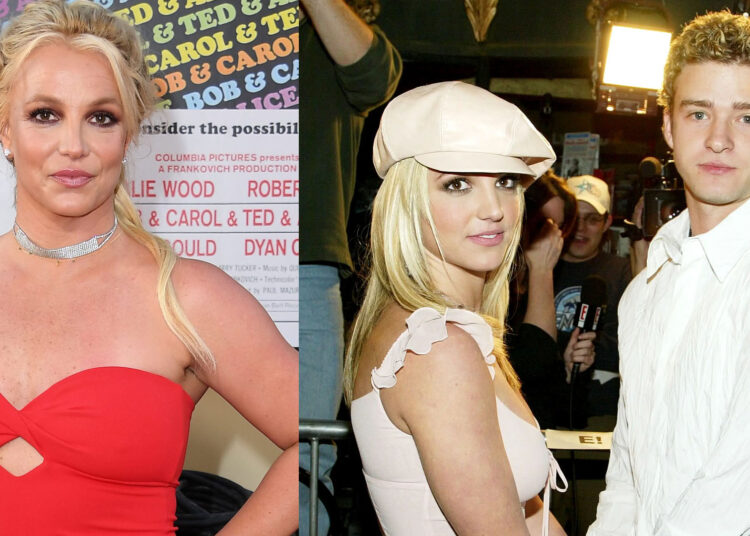 We have seen how celebrities generally get stuck with their past relationships or try to share some of the moments on social media. And if these pictures have once created a lot of controversies and again come back with celebrities then it again creates a lot of headlines. And if we are talking about headlines then we should talk about Britney Spears whose every Instagram post creates news.

Something like this has recently happened as Britney Spears shared a throwback picture of herself and Justin Timberlake.

The 41-year-old singer has taken to her Instagram and shared a picture where her ex-boyfriend Justin Timberlake was playing basketball with her. It was the moment in 2001 when they were dating.

Also Read: How Many Siblings Does Robert De Niro Have? What Do They Do?

Britney Spears Shared A Throwback Picture Of Herself And Her Ex Justin Timberlake!

This event was related to a charity where a basketball game would collect the fund and would be given to charity. This event happened in Las Vegas in 2001.

Coming to the caption then it went like this: “When we used to shoot hoops TOGETHER … that’s when miracles happened ✨ !!! I came out of my mom’s stomach just like we all did !!! Psss … why always cast me out ??? I’m equal as all !!!”

Britney Spears and Justin dated each other for almost 3 years. They get involved in a relationship in 1999 and got separated in 2002.

At that time the couple was considered one of the hottest couples present in the music industry. Coming with the break up then Justin released a song called Cry Me A River which was dedicated to Britney Spears.

If we talk about the current scenario then this recent picture proves that things are now cool between them. It seems like they are quite ok with it and shares no hatred. Soon after uploading the picture the singer also uploaded a video related to her new tattoo. She captioned it:

These all things were posted one day after Britney Spears got surrounded by some rumors about her husband Sam. It was her husband who talked about how social media and online things are generally not trustable. That’s the reason why one should not read things online and believe in them.

It is not the first time that her husband came in front and talked about the demerits of social media and online things. He has also talked in previous years that how things became worse online and how it has affected his wife Britney Spears.