The first glance of ‘Pamela, a love story’ begins at a slowed-down tone with Anderson opening up about the leaked s*x tape with ex-husband Tommy Lee. 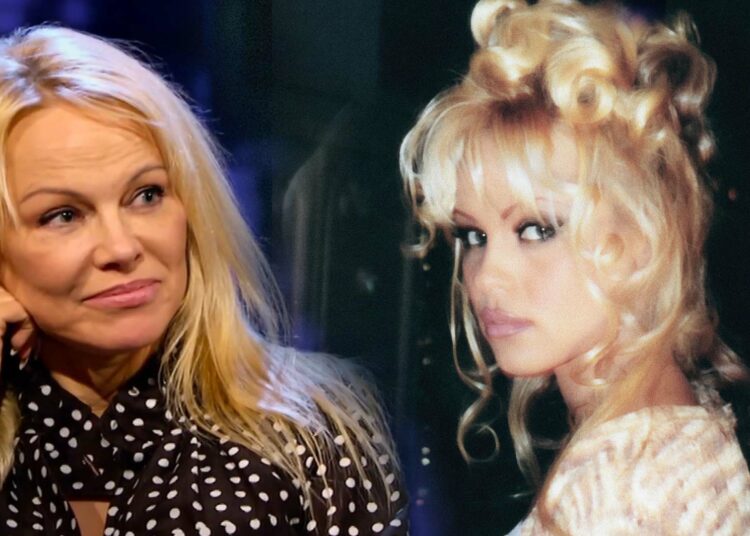 Netflix has dropped the trailer for a documentary about Pamela Anderson’s life, titled ‘Pamela, a love story’. It is the life story of 55-year-old Canadian-American actor.

The first glance of ‘Pamela, a love story’ begins at a slowed-down tone with Anderson opening up about the leaked s*x tape with ex-husband Tommy Lee.

In a clip that is released officially on Netflix, Anderson says, “I wanna take control of the narrative for the first time’. She proceeds to consider that she had to make her career with the parts left and adds that she is not the  “damsel in distress”.

Anderson reviews her own life by saying that she has put herself in stupid situations and lived with them throughout her life.

The director of this show is Ryan White. He announced publicly in an interview that Anderson will be narrating her own own Journey. Ryan divulged that a 55-year-old does not know which videos and personal diaries will be applied in the end cut of the film.

The actor has allowed the producing team “carte blanche” to select any video that highlights her experience.

By contrast that appreciating Anderson, White has claimed that the Canadian-American actor leads a weak but courageous life and embraces every element of it.

‘Pamela, a love story’ a life journey of a famous actor is set to be released on January 31, 2023 exclusively on Netflix.

I am sure that this movie will be a big inspiration for the people who want to do or achieve something in life. The actor’s life is full of hurdles though she never give up on them and led her bravely.