Pamela Anderson is more versed than most in the pain of being used and having your own story taken from you! 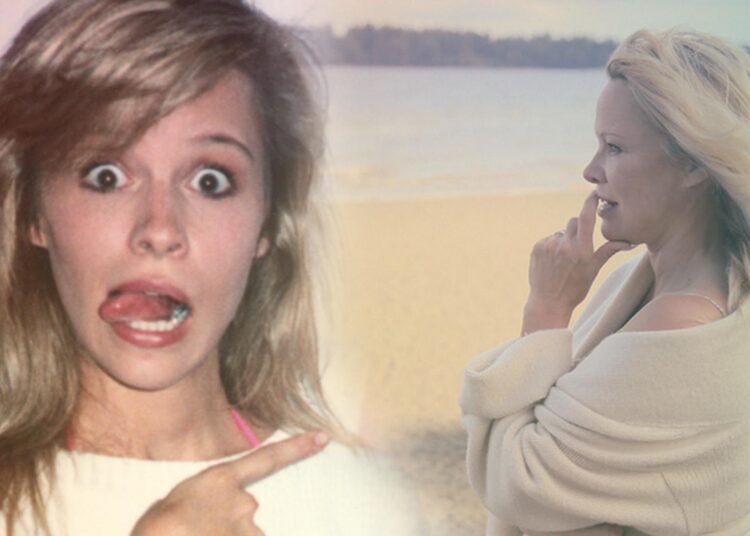 Pamela Anderson will narrate her story in the forthcoming Netflix documentary Pamela, a Love Story. The opening seconds of the two-minute trailer, which was released on Tuesday, address the actress and model’s sentiments about her treatment by the industry and media throughout her career, as well as how she persisted following the theft of her and Tommy Lee‘s honeymoon tape.

The s*x tape controversy was recently brought back into the limelight by the Hulu series Pam & Tommy, in which Lily James played her. It relates the story of her whirlwind affair with Lee and the havoc that ensued in their lives after their unauthorized s*x video was made public in the 1990s.

Anderson is so much more than her greatest nightmares. Yes, she dominated the news for decades owing to an uncontrollable incident. She was a Playboy cover model.

But she is also a film star, advocate, and Broadway actress —all aspects of her life that this new documentary appears to address with love and care she should have had long ago.

A bare-faced Anderson stands in front of the camera, abandoning her familiar, dark-eyed ’90s image, and declares that she wants to “take control of the narrative for the first time.

“Suppose more than cultural knowledge of Anderson’s life is needed. In that case, a tragic follow-up clip in which a journalist from Anderson’s Baywatch era asks her if she “wants to be a real actress,” to which Anderson answers, “I am a serious actress,” to applause from off-camera viewers, demonstrates just how long this corrective has been overdue.

Anderson has maintained her sense of humor throughout. The trailer’s final scenes, set to The Cardigans’ “Lovefool,” are noticeably more optimistic, showing her with her children as babies. Today, the actress hula-hooping in her house, smiling for the camera and training for her Broadway debut in Chicago.

Pamela Anderson is most recognized for her role in the film Baywatch.

In 2008, she starred in her documentary series Pam: Girl on the Loose, which she also co-directed, and she has appeared on various reality television shows like Dancing with the Stars, V.I.P. Brother, and Dancing on Ice.