Junji Ito Maniac: Japanese Tales of the Macabre is the latest anime that is going to be based on two stories written by the horror manga artist Junji Ito. 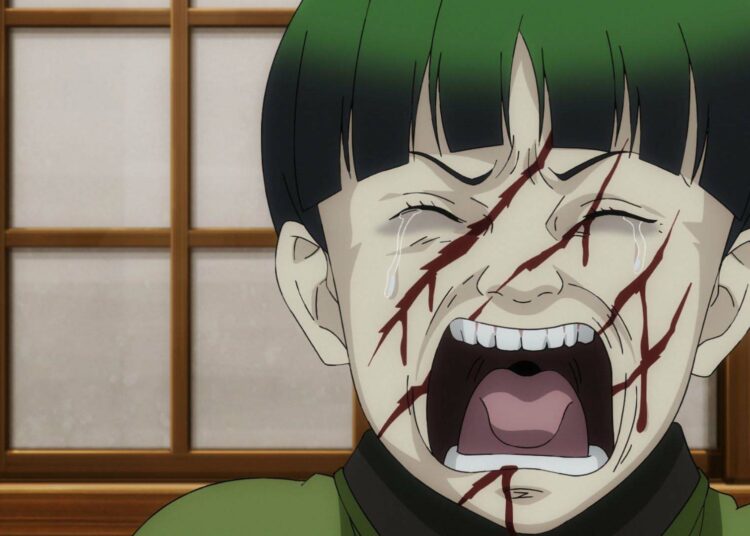 Junji Ito Maniac – Japanese Tales of the Macabre will be released within a few days and here are the latest updates of the series you need to know.

There are several announcements came for this Japanese tales of the Macabre series and this is going to come up very soon on Netflix within a few days.

The complete name is Junji Ito Maniac: Japanese tales of the Macabre.

Junji Ito Maniac: Japanese Tales of the Macabre is the latest anime that is going to be based on two stories written by the horror manga artist Junji Ito. He has chosen these stories to be animated himself.

There was a live stream and in that the information regarding the latest cast members was announced accompanying the showcased images from four of the 20 stories.

Netflix Japan has given out the still for four of the stories from the anime.

The images are the stills from Junji Ito’s Tomie, Souichi, and also The Hanging Balloons.

Priorly it has not been confirmed which of the stories from Tomie and Souichi were to be animated, the details were released by Netflix Japan, and Tomie: Photo ad Souichi: The Room with 4 Walls were ready to be animated from the two volumes.

The remaining stories that will be animated are Intruder, Unendurable Labyrinth, Bullied, The Strange Hikizuri Siblings: The Séance, The Long Hair in the Attic, Suima no Heya’s Where the Sandman Lives.

The Junji Ito Maniac: Japanese Tales of the Macabre is going to premiere on the 19th of January 2023.

So, within a few days, we will be watching this Japanese series stream in a short time.

Who Are The People and What Are Their Characters Going To Be A Part Of The Series?

Henry Stafford was voiced by Riho Sugiyama once from Requiem of the Rose King, where Daisuke Kishio gave her voice to Junta Teshima from Yowamushi Pedal: Limit Break.

The other people who are going to join them are Iori Nomizu, that will voice Kagumi Fujino. She had also previously voiced by Yoshino from Date A Live IV.

The cast people of the series Tomie: Photo, is actually going to be led by rie Suegara, as she is all set to reprise her character in Tomie special, and also will voice another titular role, Tomie. Yumiri Hanamori playing Tsukiko Izumisawa and Taku Yashiro playing Yamazaki.

Tomokazu Sugita and Hiroyuki Yoshino will be voicing Tachi and Kimata.