Jeremy Allen White is an internationally recognized American actor. He was born on February 17, 1991, in the United States. 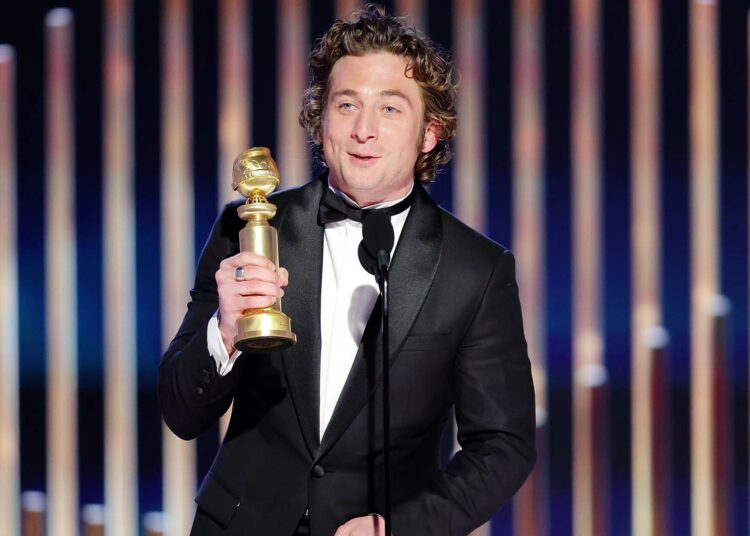 However, before we get into this topic, we would like to give you a brief overview of Jeremy Allen White. Well, Jeremy Allen White is an internationally recognized American actor. He was born on February 17, 1991, in the United States.

The character of Phillip “Lip” Gallagher in the Showtime drama series Shameless has been Jeremy’s most prominent and successful to date. In addition to his roles in films like Afterschool and Twelve, he also made an appearance in the first season of the 2018 thriller series Homecoming.

Since 2022, he has been starring in the drama series The Bear, which airs on Hulu. For this role, he has garnered praise from the media and won a Golden Globe Award. If you’re a fan of Jeremy Allen White and want to learn more about his receiving the Golden Globe for best television actor in a musical or comedy, keep reading this article till the conclusion.

Jeremy Allen White took home his first Golden Globe on Tuesday night for his performance as Best Actor in a Television Series for a Musical or Comedy Role.

White was recognized for his work in the critically acclaimed series The Bear on Hulu. In the show, White portrays Carmy, a troubled chef who abandons his career in fine dining in order to assist in the turnaround of his family’s failing sandwich business.

White gave a speech in which he acknowledged the Hollywood Foreign Press Association and the other nominees. Donald Glover, Bill Hader, Steve Martin, and Martin Short were also up for the award, as was White.

White was recognized for his work on “The Bear” for the first time with a nomination for a Golden Globe, which was also the first award for which he was eligible to win. Having missed the Emmy eligibility window in 2022, the show is more likely to be recognized in this year’s 2023 event.

The show received a nomination for Best Television Series, Musical or Comedy, which is one of the categories at the Golden Globes. White originally gained notoriety for his role as Philip “Lip” Gallagher on the Showtime drama Shameless, for which he was nominated for a Critics Choice Award in 2014.

As a result of an ongoing controversy over the Hollywood Foreign Press Association’s nominating procedure and lack of diversity among its members, the 80th annual Golden Globe Awards were canceled last year and did not air on television until this year, when they returned to NBC.

White’s parents both ended up in New York to pursue acting careers separately before they met. Originally from North Carolina, his mother, Eloise, attended Virginia Commonwealth University and earned a Bachelor of Fine Arts degree.

After getting to know each other, spending several years sharing the stage together, and eventually getting married, the pair decided to give up their acting careers and instead look for work that would allow them to support their newly formed family.

White spent his childhood in the town of Carroll Gardens in Brooklyn. White was a dancer all the way through elementary school, notably in the genres of ballet, jazz, and tap.

After starting a new dance program in middle school when he was 13 years old, he had a change of heart and decided to pursue a career in acting instead. He received his secondary education at the Professional Performing Arts School (PPAS).

Straight out of high school, White was offered the role of Phillip “Lip” Gallagher on the show Shameless, which he accepted. Actress Addison Timlin and White tied the knot on October 18, 2019. As a result of their union, the couple now has two kids.

About The Series The Bear

Christopher Storer is the mind behind the comedy-drama television series The Bear, which airs in the United States. Starring Jeremy Allen White, Ebon Moss-Bachrach, Ayo Edebiri, Lionel Boyce, and Liza Colón-Zayas, it made its debut on Hulu on June 23, 2022. The series has garnered praise from reviewers. A second season was added on July 14, 2022.

After his elder brother’s death leaves behind debts, a decrepit kitchen, and an unruly workforce, a young chef from the world of fine dining returns home to Chicago to operate the family’s Italian beef sandwich shop. FX made the announcement that the series was the most-watched comedy program in the history of the network.