Lockwood and Co. On the Case: Ghosts, Bureaucracy, and a Renegade Trio!

Lockwood and Co, an investigative startup, is seeking an intern, and Lucy Carlyle is standing there to help. 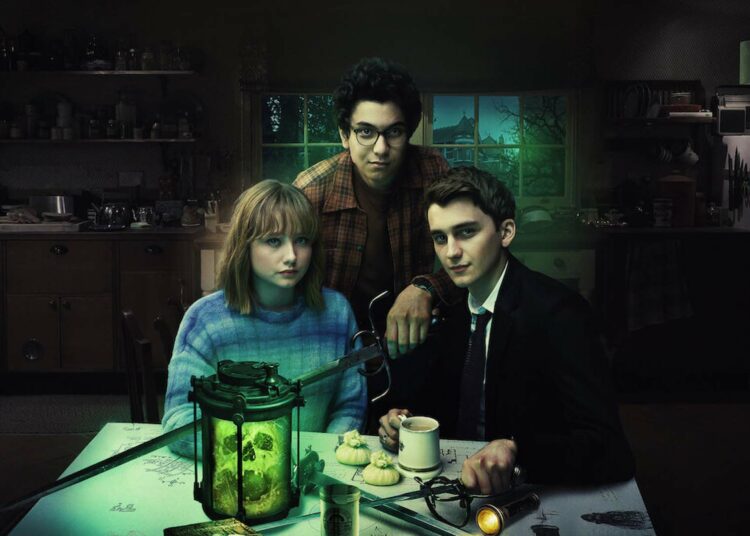 Netflix is establishing itself as the go-to spot for YA novels adapted into shows, particularly those with a creepy or ghostly tone. In keeping with that pattern, and as the release date for their latest offering, Lockwood & Co. approaches, the streaming giant has published the official trailer for the show, which promises to be a terrifying adventure for our youthful trio of teenage sleuths.

Also Read: Formula 1 Drive to Survive Season 5: A Closer Look at the Trailer!

Official Trailer of Lockwood and Co.

Ghost investigators, like any detectives, ask for help. Lockwood and Co, an investigative startup, is seeking an intern, and Lucy Carlyle is standing there to help. So when she sees an ad for them at the train station, she decides to check them out.

Carlyle meets the founders, Anthony Lockwood and George Karim, who are currently the only members of Lockwood and Co.

The trio instantly starts looking for ghosts to fight and kill. While the CGI seems dubious, this may be because of the nature of the show. We watch Lockwood and Carlyle pull their guns and prepare to engage a ghost.

These beings are shown to be violent and volatile, eager to shred human flesh if not stopped with weapons. Despite this, Lockwood and Carlyle’s first journey concluded with them committing arson while attempting to clear the ghost infestation.

Police and other regulatory authorities dealing with ghosts dismiss Lockwood and Co, preferring to keep this duty for true “professionals.” According to Lockwood, the large agencies in charge of these incidents would want to believe that things are going their way, but things have worsened.

To improve their reputation, Lockwood promises them that everything will be okay if they get a few good cases. Carlyle performs some remarkable stunts in the next shot, demonstrating her physical ability in fighting.

The following shots show George, Lucy, and Anthony working together to face bureaucratic agents and ghosts. They also managed to free something from a grave and are currently fighting and wrecking chaos throughout London’s supernatural network.

The trailer reveals how the three have become involved in something they have no idea how dangerous it is.

Police officials tell them they are way over their heads, and while Lockwood and company accept their hubris, they would prefer not to be a slave to a system that would limit them. Moreover, they realize they have confronted an impossible threat. Every spirit in London is out to murder them, as Carlyle warns them.

They receive an oracle that warns them that power cannot be buried, and Lockwood is confident that they must fight the ghosts since they live in a kill-or-be-killed world. Then, to make matters even more complicated, the oracle warns them that “Death is coming,” forewarning them of a specific evil poised to engulf London.

Also Read: Snowpiercer Season 4 has been cancelled on TNT, Know the Reasons

Cast members, we might see in Lockwood and Co.

Lockwood & Co. will debut on Netflix on January 27.