In her acceptance speech, Coolidge thanked the creators for giving her an acting opportunity. 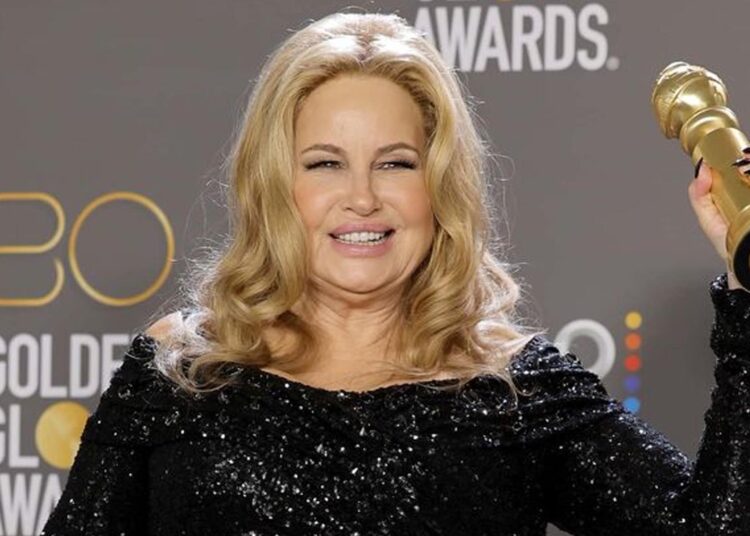 The American actress, Jennifer Coolidge won the Golden Globe award for ‘The White Lotus’ Season 2. In the category of Best Performance by an Actress in a Supporting Role in a Limited Series, Anthology Series, or Motion Picture Made for Television, the actress won a 2023 Golden Globe Award.

The White Lotus is an HBO anthology dark comedy-drama television series that was produced by Mike White. It centers on the imaginary White Lotus resort chain’s visitors and staff, whose varied psychosocial disorders have an impact on their ability to enjoy their time there.

The actress won the Golden Globe award for actress in a supporting role in a limited series. The other nominations in this category were Claire Danes (“Fleishman Is in Trouble”); Niecy Nash-Betts (“Monster: The Jeffrey Dahmer Story”); Daisy Edgar-Jones (“Under the Banner of Heaven”) and her “White Lotus” co-star, Aubrey Plaza.

Jennifer Coolidge Thanked Co-Stars and Her Friends after Winning the Golden Globes for the White Lotus.

In her acceptance speech, Jennifer Coolidge thanked various people including, Michael Patrick King, Ryan Murphy, and Reese Witherspoon. She began the speech by saying, “Thank you, Hollywood Foreign Press. It really means a lot to me. I can put this down, right? I don’t work out, you know what I mean? I can’t hold it that long.”

She continued, “When I was younger, I had such lofty goals and hopes, but life has a way of putting a damper on such things. Despite the fact that someone else did it, I believed I would become the queen of Monaco.

Afterward, as you age, you start to wonder, “Oh, what the fuck is going to happen? And you’ve given me hope, Mike White. You’ve given me a fresh start. You affected my life in countless ways.” She further said, “It would be so much fun to have Tanya return since she is such a wonderful character, but perhaps that is her trip—a voyage to death.”