Cruel Summer Season 2 has been confirmed on Freeform and the first look has been released too. 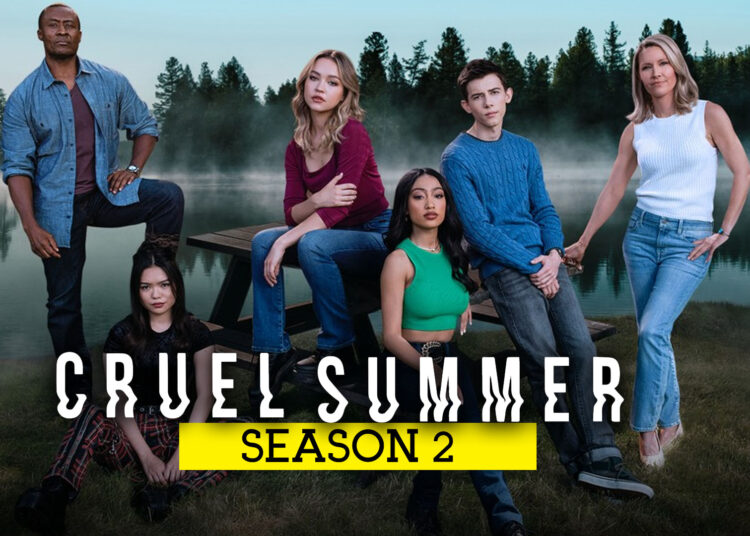 Cruel Summer Season 2 is one of the much-awaited series, the thriller anthology’s first season is very popular in pop culture and fans were waiting for its next installment.

Because of the twisted plot, and engaging storyline of a love triangle from three different timelines, the show has become popular from its first episode only.

The first look of Cruel Summer Season 2 has also been released along with the update on its release date.

As we all know it’s an anthology series so in season 2 we will witness a new cast and new mysteries in the show. The cast group photo has been shared along with the first look on Instagram.

On the official profile of Cruel Summer recently a group photo of the cast has been released with the caption:

“The truth eventually comes to the surface. #CruelSummer Season 2 – Coming Summer 2023 on @freeform.”

So all the cast has been confirmed in a single post.

The executive producer of the show actress Jessica Biel has also shared a first look at the new season on his Twitter handle.

The Cast of Cruel Summer Season 2

As per the poster of the cast which has been posted on Instagram, the cast of Cruel Summer Season 2 includes:

Sadie Stanley – You may have seen her in the movies like ‘The Sleepover’ as Clancy Finch, ‘Let Us In’ as Jessie, and in series like ‘Room 104‘, ‘The Goldbergs’ and others.

Lexi Underwood – You may have seen Lexi Underwood in TV Series like ‘Family Reunion‘, ‘The Good Doctor‘, ‘Criminal Minds’, ‘Little Fires Everywhere’ and ‘The First Lady’ and in the films like ‘Sneakerella’ as Kira King. She will play one of the major characters in Cruel Summer Season 2.

Griffin Gluck – Griffin is a young actor and you may have seen him in ‘American Vandal’ as Sam Ecklund, and in ‘Locke & Key‘ as Gabe I liked his acting in this show.

KaDee Strickland – KaDee needs no introduction, she is one of the famous American actresses as she has done the films like American Gangster, The Flock, Grand Isle, The Time Capsule, and various others.

She has also done various other tv series before Cruel Summer Season 2, Like ‘Secrets and Lies’, ‘Private Practice’, ‘The Wedding Bells’, and ‘Shut Eye’.

Lisa Yamada – Lisa is a Canadian actress and she has also done various films and movies before Cruel Summer. As you may have seen her in the Netflix popular show ‘Never Have I Ever‘, ‘All American’ and in TV Mini-Series named ‘Little Fires Everywhere’.

She has also appeared in various other series as a voice cast.

When will Season 2 be Released?

As per the poster on Instagram and the first look video, the creator studio Entertainment One (eOne) has announced that Cruel Summer Season 2 will be released in the summer of 2023 so we may expect the series in April or May of 2023 on Freeform.