You can watch the majority of these shows, like "Kaleidoscope Season 1," on streaming services such as Netflix, Amazon Prime, or Hulu. 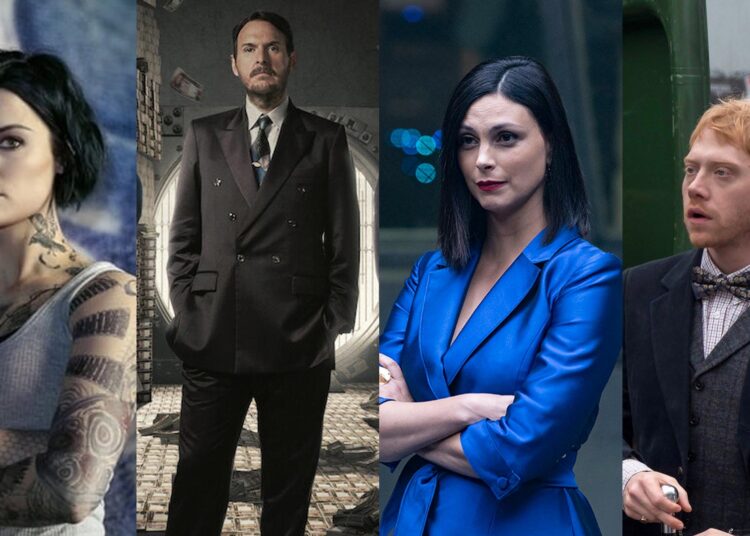 Netflix‘s ‘Kaleidoscope’ is an experimental heist drama series that chronicles Ray Vernon, also known as Leo Pap, as he assembles a squad of skilled thieves to steal $7 billion worth of bonds from the world’s most guarded vault. The show was produced and created by Eric Garcia.

The narrative structure of this suspense series is completely unique, and as a result, viewers can watch the episodes in any sequence they choose.

The plot effectively gets complex, keeping audience members hooked to their seats. You must be looking for more thrilling stories to binge on if you liked the show’s non-linear narrative and heist genre tropes. Here is a list of similar suggestions that you might enjoy in that scenario.

You can watch the majority of these shows, like “Kaleidoscope Season 1,” on streaming services such as Netflix, Amazon Prime, or Hulu.

The list of top 10 TV shows similar to the show “Kaleidoscope Season 1” is listed below:

The creators of the Colombian television show “The Great Heist” are Pablo Gonzalez and C.S. Prince. The show centers on a crew of skilled thieves who plan a spectacular bank robbery to steal $33 million, setting off a series of complicated events.

The heist drama is comparable to “Kaleidoscope” since it features a wide range of characters and intriguing motivations.

If the non-linear plot of “Kaleidoscope” appeals to you, “Blindspot” can make for an equally challenging viewing experience. Martin Gero’s action thriller series has Sullivan Stapleton and Jaimie Alexander in starring roles.

The plot centers on Kurt Weller, an FBI special agent who makes the discovery of Jane Doe, an anonymous lady suffering from amnesia. On the other hand, the tattoos that are covered all over her body are clues to horrible crimes that Kurt and his team need to investigate at any cost.

Heist is a Netflix true crime docuseries that covers three robberies and features first-person interviews with the perpetrators as well as reenactments of each robbery. One similarity between Heist and Kaleidoscope is the way they both portray the stories of those who planned and carried out heists.

Morena Baccarin and Ryan Michelle Bathé feature as the leads in the crime drama series ‘The Endgame,’ which was created by Nicholas Wootton and Jake Coburn.

The story focuses on the moral struggle that arises between Elena Federova, a lifelong criminal mastermind, and Val Turner, a Special Agent with the FBI.

The series, which is firmly rooted in criminal genre tropes, examines concepts like love, justice, and truth. Whether their behavior is unlawful or not, the protagonists’ deeply personal motivations make the story resonate with “Kaleidoscope” viewers.

“Snatch” is a crime comedy series that was created by Alex De Rakoff and is based on the film of the same name that was released in 2000 by Guy Ritchie.

The story centers on a group of hustlers who unexpectedly become involved in organized crime after finding a truckload of gold that has been stolen.

The premise encourages creative heist preparations and robberies with plenty of double-crossing, swagger, and elegant accents, which reminds viewers of “Kaleidoscope.”

Paul Scheuring produced the crime thriller series “Prison Break,” which centers on Michael Scofield, an engineer who breaks into a max security facility to free his brother Lincoln Burrows, who has been falsely accused of murder.

As the series progresses, viewers are introduced to a large cast of characters that are directly accountable for the outcomes and situations the boys encounter.

Furthermore, the show creates a totally original experience that can unquestionably compete with the shock factor and storytelling complexity of “Kaleidoscope” by combining the aesthetics of a heist thriller with the idea of escaping from a prison.

Elliot Alderson, played by Rami Malek, is a cyber security engineer who is recruited by the hacktivist group fsociety to take on the evil E Corp. in this psychological thriller produced by Sam Esmail.

We highly recommend kicking back with some popcorn and watching this engrossing technological thriller with subtle undertones about capitalism and mental health issues. The story gradually unfolds through its cyber-vigilante plots, which center on the theft of something more important than money: data.

Based on the fictional French detective Arsène Lupin, George Kay and François Uzan’s ‘Lupin‘ tells the story of Assane Diop, a gentleman thief on a mission of vengeance against the guy who killed his father.

Assane might make Ray Vernon seem familiar to viewers because he is motivated by a desire for vengeance and has a criminal mentality. Aside from that, his bold heart-pounding intentions keep viewers hooked to their seats till the very conclusion of this underdog that is framed similarly to “Kaleidoscope.”

The television show “Money Heist” has become a worldwide success. The Spanish drama series, which was once known as “La Casa de Papel,” has become a global phenomenon because of its original storyline and endearing cast.

It centers on the mysterious Professor, who schemes a spectacular heist to take billions of euros from Spain’s Royal Mint. The show uses a variety of storytelling techniques, including flashbacks, flash-forwards, and an unreliable narrator, in order to never really reveal its cards and constantly keep surprises up its sleeve.

The story of Good Girls revolves around three mothers, including two sisters, living in a suburban area of Michigan. These women are having trouble making ends meet.

They decide to rob a store since they are tired of having everything taken from them, but they quickly find out they are in for more than they anticipated. The show also features complex antiheroes, creative storytelling, and imaginative camerawork that will probably bring back memories for Kaleidoscope fans.