The manga series Baki the Grappler has numerous sequels and spin-offs, making it one of the most well-known martial arts manga currently available. 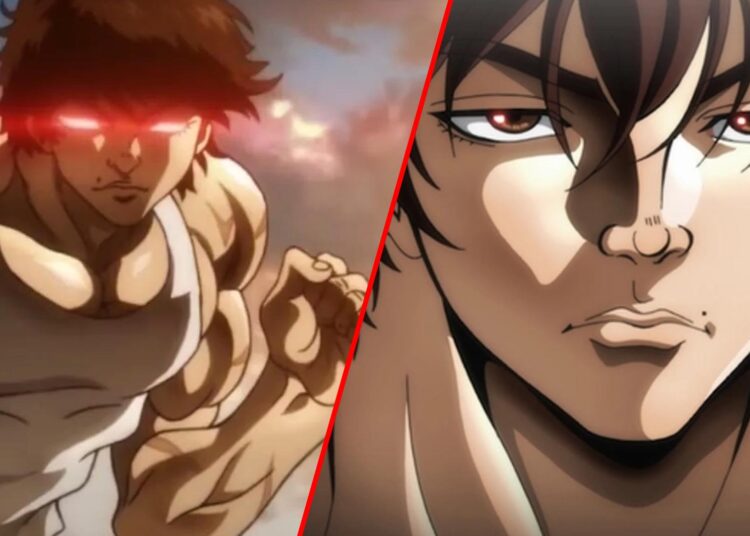 Baki vs. Baki Hanma: Which Anime Is Batter? Well, Baki is well-known for including a large number of Herculean characters that, when confronted by an adversary, have only one intention in mind, and that is to fight to the death.

Baki has many horrific bouts to offer to its followers that crave the thrill of cruelty, whether it is breaking shoulders, breaking bones, or harming all important organs with bare fists.

The manga series Baki the Grappler has numerous sequels and spin-offs, making it one of the most well-known martial arts manga currently available. Due to its success, it was made into an anime, first as Baki the Grappler (referred to simply as Baki in the manga), and most recently as Baki Hanma, a stand-alone sequel to the first anime.

Here, in this article, we are going to bring you a detailed analysis of the two shows to determine which one is the better of the two iterations. So, if you are curious to know which show is better among Baki and Baki Hanma, then keep reading this article till the end.

Also Read: Mob Vs. Saitama: Who Would Win And Why?

Compared to the original Baki, Baki Hanma is undoubtedly better. This is primarily due to the improved animation and the fact that the producers now have more resources than they did when creating the original anime, but it is also due to Baki Hanma’s expansion of the series’ universe and adaptation of a larger portion of the manga.

Additionally, even though Baki Hanma is a separate sequel, many people believe that Baki and Baki Hanma are related. The sequel’s style and concepts have mostly not changed from the first, with the exception of minor plot adjustments. The overall similarities between Baki and Baki Hanma were to be expected, to be honest.

The one area in which Baki Hanma surpasses Baki is in terms of visual appeal, but that was to be expected given that Baki Hanma is a more recent anime series than the original Baki, which is about 20 years old. It makes sense that Baki Hanma would be significantly superior in that area, given the numerous advancements in anime animation standards during the course of the anime.

It’s safe to say that Baki Hanma is more entertaining than the original Baki. First of all, there is more to admire, and Baki Hanma truly develops the story and gives us more information about Itagaki’s world. Second, Baki Hanma has far better animation.

Although Baki’s animation isn’t bad, Baki Hanma uses more modern techniques, making it a superior show. Finally, Baki Hanma is the winner because it generally does both character development and narration better.

About The Show Baki

The plot follows teenage Baki Hanma as he practices and puts his fighting abilities to the test against a range of opponents in a vicious, no-holds-barred hand-to-hand fight. When the most recent anime series debuted on Netflix in 2018, it generated a lot of controversies. This article will analyze if Baki is a decent anime and whether it is worthwhile to watch.

Although Baki is a fantastic anime, not everyone will enjoy it. Fans praise it for its fantastic fighting and wonderful martial arts sequences, but they also criticize it for its questioning of the science of combat and its sheer cruelty and death.

About The Show Hanma Baki

The popular anime Baki Hanma, which is based on the manga Baki the Grappler, recounts the tale of a teenage fighter with a lot to prove who joins Arizona State Prison for an epic fight in which he will strive to be considered better than his father.

Toshiki Hirano, who has directed numerous anime and written a number of manga, is the series director. The voice of Baki is provided by Nobunaga Shimazaki, who also portrayed Tsukasa Fujii in Your Name. Troy Baker, a voice actor for video games, supplies the voice of the title character in the dubbed version.

The first season of the manga adaption Baki Hanma, which is a direct successor to the original Netflix adaptation, only debuted last year. Although the release date of Baki Hanma Season 2 on Netflix is not yet known, it is reasonable to guess that it will happen either in the latter part of this year or in the early months of 2023.