List of the must-watch television series that you should give a try if you are waiting for HBO's upcoming series The Last of Us. 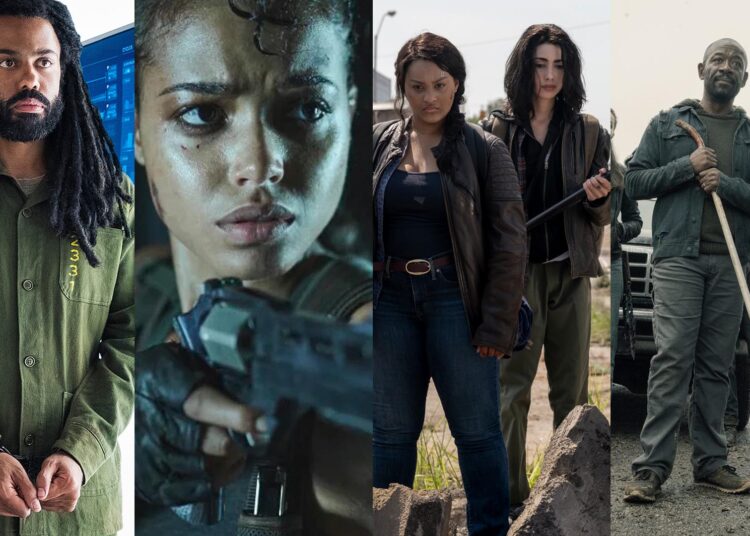 One of the most awaited upcoming tv series of 2023 is the post-apocalyptic drama ‘The Last of Us’, created by Neil Druckmann and Craig Mazin for HBO.

The series is based on a same-named video game developed in 2013. It will follow characters trapped in a brutally tense game in which they have to loot enemies and seek out item boxes to find supplies in order to survive.

Interestingly both the primary cast members of the series gained recognition after starring in HBO’s epic fantasy drama ‘Game of Thrones‘. Pedro Pascal and Bella Ramsey will be seen as the lead characters Joel and Ellie. Last year too Ramsey came to the spotlight for her movie ‘Catherine Called Birdy‘. The series is set to premiere on January 15, 2023.

Here are the names of some other tv series that you can watch in the meantime while waiting for ‘The Last of Us’ to premiere.

Dave Erickson and Robert Kirkman created this American post-apocalyptic horror tv series that serves as a spin-off of the popular AMC series ‘The Walking Dead‘ adapted from the same named comic book series. This is the second tv series of The Walking Dead franchise.

The plot of the first three series is set in Los Angeles, California, and that of the later seasons in Mexico. The first three seasons serve as a prequel and deal with a dysfunctional family facing the beginning of a zombie apocalypse as they become compelled to learn new skills to survive while reinventing themselves as a family. From the fourth season, the plot begins to run concurrently with that of the original show featuring Morgan Jones from the latter who crosses over into the spin-off series.

Lennie James reprised his role of Morgan Jones in the series too. The series premiered on August 23, 2015, on AMC.

The Walking Dead: World Beyond – Number of Seasons: 2

Matthew Negrete and Scott M. Gimple created this American post-apocalyptic horror limited series that is the second spin-off series of ‘The Walking Dead‘ and the third series of the franchise altogether.

The plot of the series is set in the aftermath of the zombie apocalypse in Nebraska ten years later. It revolves around four teenagers and focuses on their growing up into the coming-of-age stage of their lives as their fates are destined to become altered forever.

Andrew Dabb developed this action-horror series that is loosely based on Capcom’s same-named video game series. The series serves as the second tv adaptation of the franchise following the 2021 animated miniseries ‘Infinite Darkness‘.

It is also the reboot of the 2021 action horror movie ‘Resident Evil: Welcome to Raccoon City‘ and the third live-action adaptation following the same-named film series.

The plot is set fourteen years after a global apocalypse caused by a deadly virus and revolves around Jade Wesker as she becomes compelled to fight for survival in a world that is infested by infected creatures. At the same time, she also has to deal with the haunting of her past.

Ella Balinska portrayed the role of Jade Wesker in the series. Other cast members of the series include Tamara Smart, Siena Agudong, Adeline Rudolph, Paola Núñez, Lance Reddick, etc. It premiered on Netflix on July 14, 2022.

This post-apocalyptic dystopian thriller series is based on the same named 2013 movie of Bong Joon-ho and Jacques Lob’s French graphic novel of 1982- ‘Le Transperceneige’.

The series serves as a reboot of the continuity of the film. The plot is set in the year 2026 that is seven years after the world has become a frozen wasteland.

It follows the remains of humanity who have taken shelter as passengers of a gigantic luxury moving train called the Snowpiercer circling the globe 2.7 times each year and which is designed and built by an eccentric billionaire named Mr. Wilford.

Jennifer Connelly, Daveed Diggs, Mickey Sumner, Alison Wright, Iddo Goldberg, and Susan Park are some of the primary cast members of the series. It premiered on May 17, 2020, on TNT.

Jason Rothenberg developed this American post-apocalyptic sci-fi series that is loosely based on the same-named young adult novel series by Kass Morgan.

The plot revolves around post-apocalyptic survivors returning to Earth from a space habitat almost a century after a devastating nuclear apocalypse.

At first, a group of juvenile delinquents is sent to Earth as they find themselves encountering descendants of survivors of the disaster on the ground itself. The series ran from March 19, 2014, to September 30, 2020, on The CW.