Alice In Borderland vs. Squid Game: Which Show Is Better?

Netflix original series Alice in Borderland and Squid Game have each seen their share of success since their debuts. 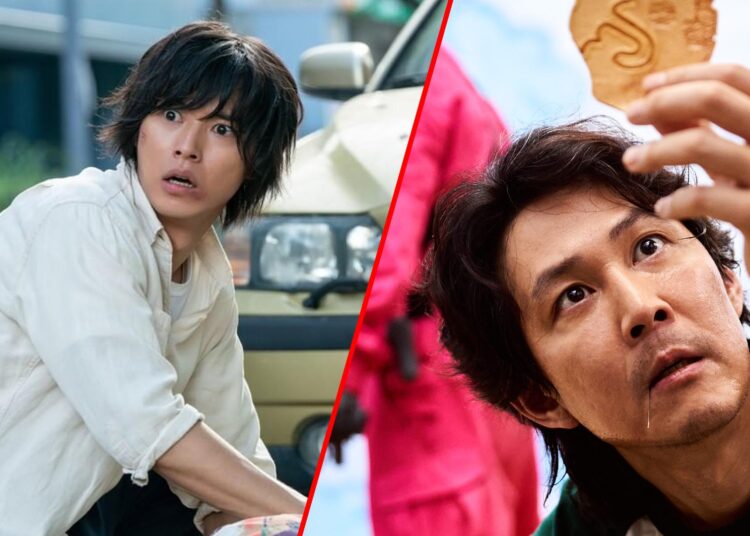 Netflix original series Alice in Borderland and Squid Game have each seen their share of success since their debuts. However, due to the fact that both of them have a battle royale plot, it is difficult to avoid drawing comparisons between the two.

Now, this is a topic that we are going to talk about so that you can have a better idea of which show would be the right one for you.

Also Read: Mob Vs. Saitama: Who Would Win And Why?

Alice In Borderland vs. Squid Game: Which Show Is Better?

Squid Game and Alice In Borderland both have a lot of great qualities, so you may watch both of them without necessarily disliking one of them. Because of this, it is extremely difficult to decide which of the two series, Alice in Borderland or Squid Game, is the superior life-or-death game-based show.

Squid Game is more realistic and relevant to many different fans and viewers throughout the world, whereas Alice In Borderland is more cerebral and great in terms of its approach. As a result, it mostly depends on the individual and their tastes.

Squid Game, however, ought to be the superior option for people wanting more sympathetic and genuine stories.

A Little About The Show Alice In Borderland

The story of Alice in Borderland focuses on a number of characters who, for unknown reasons, have found themselves in another version of Tokyo. Here, everyone else in the city has disappeared, and the protagonists must compete in games to determine whether or not they will survive.

The magical aspect of this area, which is referred to as the Borderlands and where individuals are supposedly sent whenever they are on the edge of passing away, contributes to the fantasy element at play. The Borderlands are believed to be the region between death and life.

When people are brought to the Borderlands, they are given the freedom to choose their own destiny in the real world, and their willpower and will to stay alive are put to the test as they participate in a variety of activities that end in life or death.

The characters in Alice in Borderland are compelled to look for answers because they don’t even understand why they were brought to the Borderlands or what it is.

The compelling performances of the various characters in the plot are one factor in Alice In Borderland’s popularity. When the main characters are faced with situations that are beyond hope and are most likely to result in their deaths, we get to see the raw emotions encapsulated on their faces as they battle hopelessness.

A Little About The Show Squid Game

The plot of Squid Game centers on a group of individuals who were given the opportunity to participate in several kid-friendly games in order to both pay off their debts and win a sizable quantity of money.

They are taken to a remote location where they are made to participate in a number of games that gradually eliminate participants until just one may leave with a sizable quantity of money.

The thing about Squid Game is that there are no aspects of fantasy or the paranormal to be found in this series, thus, it is more anchored in reality.

When it comes to the game’s themes, the fact that Squid Game is so realistically rooted in the world contributes to the game’s widespread appeal. This series has numerous references to real-world issues, such as class inequality and the negative consequences of capitalism on society, particularly on those who are at the lowest end of the income scale.

Because each of the characters is given a sufficient amount of screen time, we are able to gain an understanding of each of them on an individual level. This is made possible by the fact that we are shown the many experiences that shaped each character and how they were compelled to take part in a series of games in order to have a slim chance of paying off their debts.