Mob Vs. Saitama: Who Would Win And Why?

In a fight between Saitama and Mob, Saitama would undoubtedly emerge victorious. Saitama is one of the strongest fighters in the anime world, whereas Mob is not much of a fighter and relies on his psychic powers. 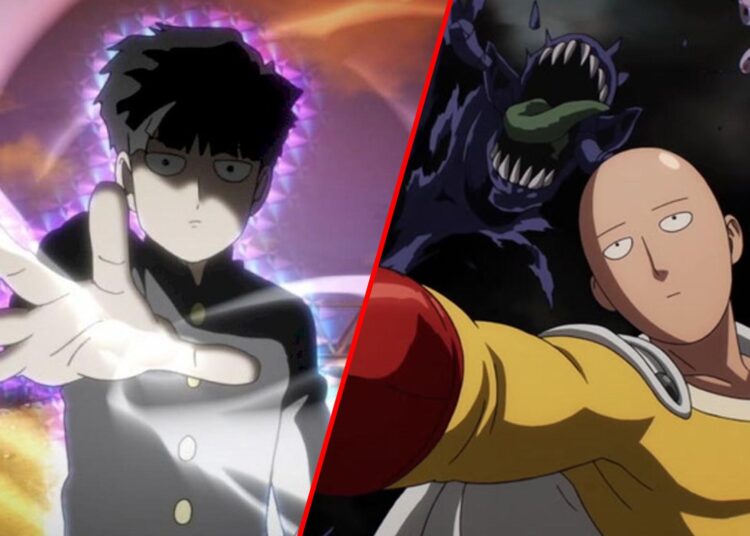 Mob Vs. Saitama: Who Would Win And Why? Well, one of the reasons why Saitama from One-Punch Man and Mob from Mob Psycho 100 are so popular is because of their insanely high levels of power.

Saitama uses his physical prowess to overwhelm his opponents, whereas Mob uses a variety of psychic talents to dominate those who would harm him.

Even though they are both reluctant superheroes, they are both known to step up their game when it matters, such as in a fight. Mob, like Saitama, rarely makes full use of his abilities.

If you are curious to know about the winner between Mob and Saitama, then read this article till the end. Here, we will discuss everything related to the winner as well as the abilities and powers it possesses.

Also Read: Vikings Valhalla vs The Last Kingdom: Which Is The Best?

Mob Vs. Saitama: Who Would Win And Why?

In a fight between Mob Vs. Saitama, Saitama would undoubtedly emerge victorious. Saitama is one of the strongest fighters in the anime world, whereas Mob is not much of a fighter and relies on his psychic powers.

Although Mob is capable of creating enormous quantities of power and has potential that is unknown, given Saitama’s abilities, Mob is hopelessly outclassed.

Saitama would have enough time to fight Mob more than once before Mob could, theoretically, build enough power to defeat him, hence the One-Punch Man wins this round.

Saitama’s abilities are also more of the traditional superhero type. He possesses extraordinary stamina, agility, speed, and strength. He is immune to the majority of physical attacks, and although he cannot fly, he is capable of making long jumps, similar to the Hulk. The punch is another one of Saitama’s unique abilities. Only one opponent has not been completely knocked down by Saitama’s punch due to its extreme strength.

Normal and severe punches are the two major types of Saitama’s punches, with the latter seeing Saitama exerting all of his strength. When comparing their respective power levels, it would appear that Saitama would be the clear victor in a bout between the two of them. He is quick and agile enough to move in close enough to his opponent to deliver his unstoppable “one-punch.”

Mob And His Powers

The main character of Mob Psycho is Mob. He is a tremendously skilled esper who exorcises ghosts and demons with ease. Due to an incident when he was younger, he suppressed his abilities to prevent harming others. Additionally, Mob’s body is no longer under his control, and his talents are unrestricted.

In the beginning, he was feeble, clumsy, and put up no resistance whatsoever. He has improved his physical capabilities since joining the Body Improvement Club, although they are still below average. He possesses a remarkable capacity for psychic energy storage, which he primarily used to channel his own.

Due to his spiritual awareness, he can detect other espers and ghosts up to 20 kilometers distant by sensing their psychic energy. He has the ability to construct nearly impenetrable force fields, fly, move extremely large things and entire buildings, and telekinetically break down and reassemble matter at the molecular level.

Mob’s astral projection ability allows him to cause someone’s spirit to leave the body. When it is in this form, it has the ability to take control of the bodies and thoughts of other people.

Saitama And His Powers

Saitama is a young man who has lost interest in life and who frequently engages in combat with enigmatic beings in an effort to become a strong hero. His signature move is the well-known “One Punch,” a straightforward punch that can take out a variety of formidable foes, including the King of the Seas, Ashura Rhino, the King of the Underworld, a massive meteorite, and many others.

Saitama possesses a breathtaking rate of acceleration. Even Genos’ computerized targeting systems have trouble keeping up with him because he can run a 1,500-meter course in a single motion. Because of his incredible speed, he is able to run vertically up the side of a building in order to retrieve a piece of salmon that he had planned to eat for lunch.

He is slower than Boros in Meteoric Boost. He already has the speed at a basic level to avoid the saber attacks of renowned ninja Flashy Flash. Saitama can withstand any attacks or fires without suffering even a little cut.

Saitama remained next to Genos, entirely unharmed and unconcerned despite the heat of the flames as Genos used his Incineration to generate a large explosion that killed Mousmétique’s mosquitoes.