The crime genre offers plenty of excitement, intrigue, suspense, and entertainment. Many excellent crime shows have been produced, and some of them are still being renewed for additional seasons.

by Om Prakash Kaushal
Reading Time: 9 mins read
A A
0 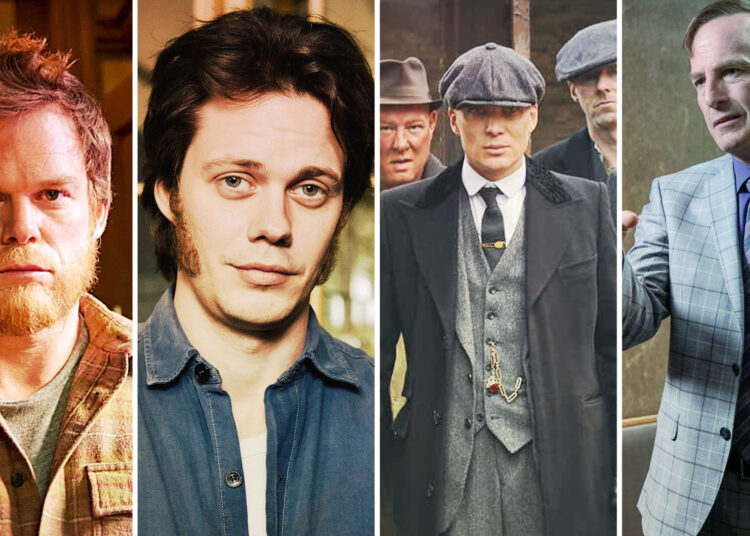 Are you looking for the top 10 crime TV shows to watch in 2023? Well, whether it be in movies or on television, the genre of crime has always been one of the most popular.

The genre offers plenty of excitement, intrigue, suspense, and entertainment. Many excellent crime shows have been produced, and some of them are still being renewed for additional seasons.

There are gangster shows, detective shows, and some that are simply pure, straightforward crime, but all of the shows in this genre are presented with such compelling storylines and directing that it is nearly impossible not to binge-watch these shows. So, here is a list of the top 10 crime TV shows to binge-watch in 2023.

The list of top 10 TV crime shows to binge-watch in 2023 are listed below:

Vince Gilligan and Peter Gould are responsible for the development of the crime and legal drama television series Better Call Saul, which originally aired in the United States.

The plot of Better Call Saul revolves around Jimmy McGill (Bob Odenkirk), a con man who is now attempting to become a reputable lawyer.

Better Call Saul received universal acclaim from critics, who praised it for its acting, characters, writing, direction, and cinematography in particular. Many reviewers thought it was not only a great follow-up to Breaking Bad but also one of the best television shows ever made.

It is currently regarded as one of the most outstanding shows broadcast on television. It is a psychological crime thriller that will make you question everything you think you know.

One of the best aspects of the program is its breathtaking cinematography. Every season of the show surpasses the one before it and elevates it to new levels.

Numerous awards, including two Golden Globes, have been given to the show for its directing, plot, and acting.

Dexter Morgan works as an analyst for the Miami police department during the day. But at night, he turns into a serial killer who exclusively kills other murderers.

The program has received high marks from critics and is well-liked by fans of the genre. Both Michael C. Hall, who plays Dexter, and Jennifer Carpenter, who plays Debra, have outstanding performances in this show.

Clark is a Swedish television drama series that was created by Netflix and premiered on May 5, 2022. The series consists of six episodes and stars Bill Skarsgard.

It is based on Clark Olofsson’s life and features the Norrmalmstorg robbery’s events in episode four. The lead singer of the progressive/metal band Opeth, Mikael Kerfeldt, wrote the music for the series.

This British period crime thriller is set in 1919 Birmingham, England, and centers on a gang that sews razor blades into the tips of their caps and their violent boss Tommy Shelby, who intends to advance in society.

We are eager for the upcoming season because the most recent season of the show was the greatest. You will be compelled to click the next episode button after each episode until all of the episodes have concluded, and you are left wanting more.

The Sinner is a four-season mystery anthology series that has won a lot of praise for its adaptation of Petra Hammesfahr’s 1999 novel of the same name.

The program centers on the investigations of Detective Harry Ambrose, a policeman who frequently faces cases involving suspects who seem unlikely to be criminals and have hidden motives.

It’s a gritty, dark series. For fans of crime dramas, The Sinner is unquestionably one of the best Netflix series and is definitely worth watching.

It is a documentary that was filmed over a period of ten years that follows Steven Avery, a DNA exoneree who becomes a top suspect in a new crime.

The film follows Avery. It illustrates the current state of law enforcement agencies in the United States, but the problems it highlights are relevant in the vast majority of nations around the world.

A second season of the show was commissioned due to its overwhelming popularity. The program won four Primetime Emmys and was adored by critics and viewers alike.

Money Heist, a crime thriller that has perhaps been one of Netflix‘s most popular programs ever, centers on two heists and features a lovable ensemble of characters.

The fact that Money Heist has been able to win over fans all over the world is largely due to those characters.

Each character in this tale, from the fearless protagonist Tokyo to the brilliant master criminal known as the Professor, tells a genuine, multifaceted tale.

The show centers on Lex Guzmán, a man who, after serving 18 years in jail for a murder he didn’t commit, is determined to avenge the Lazcano family for having wronged him by discovering who killed his sister Sara.

This crime procedural on NBC is consistently ranked among the most-watched programs in its genre.

The Blacklist, which stars James Spader as a former high-profile criminal, makes use of a number of cliches, but its outstanding performances and complex plotlines are what really make it worth watching.