The long-anticipated and much-loved CBS family drama, So Help Me Todd, will debut on the network with brand-new episodes in the month of January 2023. 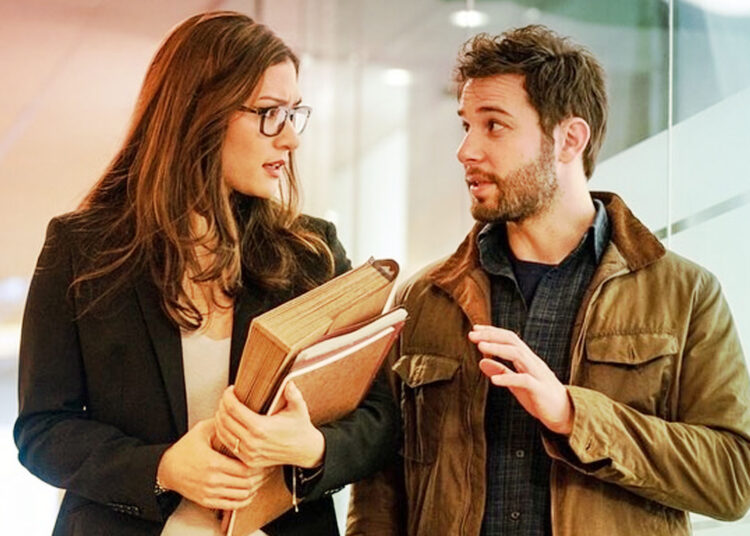 So Help Me Todd Part 2/ Episode 10 is all set to be released next year in January 2023, and here are the latest updates of the series you need to know.

The long-anticipated and much-loved CBS family drama, So Help Me Todd, will debut on the network with brand-new episodes in the month of January 2023. The drama series is the newest thing that everyone is talking about, and it tells the intriguing story of a mother-son relationship.

If you don’t know anything about this series, let me tell you that So Help Me Todd is an American legal drama television series that was created by Scott Prendergast. It debuted on CBS for the first time on September 29, 2022.

The story centers on a gifted but aimless P.I., the family’s black sheep, who reluctantly agrees to work for his domineering, wealthy mother, an attorney, who is still in shock over her recent divorce from her husband.

If you are a fan of this series and want to know about the upcoming part of the series, then you have come to the right place as here we will discuss everything related to the series “So Help Me Todd” Season 1 Part 2, including the release date, cast, plotline, and other information.

Episode 10 of the series is titled “The Devil You Know.” The new episode was scheduled to air on CBS at 9:00 p.m. ET/PT on December 22, 2022. However, the show is now on a break during the middle of the current season.

The television network has not offered any explanation as to the reason behind making this decision; nonetheless, based on the current state of events, the new episode will be made available on January 5th, 2023.

Major Cast Members In The Series So Help Me, Todd

The major cast members who are anticipated to reprise their roles in the upcoming part of the series “So Help Me Todd” includes the following:

1. Marcia Gay Harden will play the role of Margaret

2. Skylar Astin will play the role of Todd

3. Madeline Wise will play the role of Allison

4. Tristen J. Winger will play the role of Lyle

5. Inga Schlingmann will play the role of Susan

6. Rosa Evangelina Arredondo will play the role of Francey

Official Synopsis Of The Series So Help Me Todd

So Help Me Todd follows Todd, who has good instincts as a private investigator but lacks direction and is the family’s black sheep.

Todd unwillingly accepts to work as an internal investigator at his mother’s legal company at the demand of her obstinate character, Margaret. Todd has a tendency to break the law in order to get out of sticky situations, which is completely at odds with Margaret’s belief in strictly upholding the law.

More About The Series So Help Me Todd

An unnamed mother-and-son legal drama that was written by Scott Prendergast was given a pilot order by CBS on February 3, 2022, and the news of this development was released on that date.

It was revealed on May 12, 2022, that So Help Me Todd had received a series order from CBS. It was also revealed that Elizabeth Klaviter had taken over as the showrunner of the series in place of Kruger and Shapiro.

The series received a full season order on October 19, 2022. The pilot’s filming in Vancouver, British Columbia, started in March 2022. The shooting for the remaining episodes of the season began on July 27, 2022.

Where Can You Watch So Help Me Todd Season 1?

So Help Me Todd is available for streaming on many different platforms. These options vary for different nations. Now that CBS has its own streaming service, you can watch the show there.

Additionally, you can change to Paramount Plus, which gives you a choice to view the episodes on the same day that they air on CBS.

The Roku Channel and Amazon Prime (available in only a few countries) are two additional choices you might want to consider. But the biggest streaming services for season 1 are still CBS and Paramount Plus.