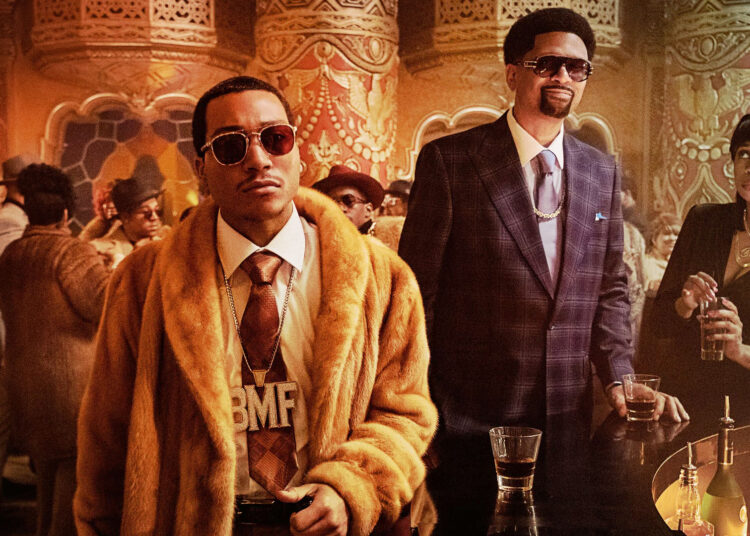 BMF Season 2 is all set to be released next year in January 2023, and Here are the latest updates of the series you need to know.

Black Mafia Family, sometimes known as “BMF,” is a criminal drama series produced by Randy Huggins. The drama, which is set in the 1980s, follows the Flenory brothers’ ascent from southwest Detroit to become one of the most influential crime families in the United States.

Their unwavering devotion to the family is what propels them to the pinnacle of success, but it is also the driving force behind their growing separation from one another.

In September 2021, the Starz series made its debut and was incredibly well-received. The show, based on the real-life experiences of Demetrius “Big Meech” Flenory and Terry “Southwest T” Flenory, received top ratings for its realistic, yet sympathetic storytelling.

Furthermore, both critics and viewers praised the cast members’ performances. As a result of the show’s widespread appeal, its production has been greenlit for a second season. And fans are eagerly waiting to know about the release date of BMF Season 2. So, here is what we know so far about BMF Season 2.

We have some exciting news to offer about the second season of the program, and we think you’ll like it. Starz declared on September 30, 2021, that it had approved the series for a second round. Given that the series had a promising start, it is hardly surprising that the announcement came so soon after.

The BMF Season 2 is slated to premiere on January 6, 2023. This is a narrative about love, treachery, and the pursuit of the American dream through the lens of thug capitalism.

The following cast members from the television show “BMF” are anticipated to return in the upcoming season:

1. Russell Hornsby will play the role of Charles Flenory

3. Da’Vinchi will play the role of Terry “Southwest T” Flenory

4. Michole Briana White will play the role of Lucille Flenory

5. Christine Horn will play the role of Mabel Jones

7. Caresha Romeka Brownee will play the role of Deanna Washington

8. Mo’Nique will play the role of Goldie

9. Mike Merrill will play the role of Ty Washington

10. La La Anthony will play the role of Markaisha Taylor

11. Kelly Hu will play the role of Detective Veronica Jin

The first season focuses mainly on Meech and Terry’s establishment of their drug enterprise. It throws their lives into disarray and puts them and those who are close to them in danger at the same time. But most crucially, it puts them in a position where they will eventually collide with Lamar.

The 50 Boyz gang disbands around the end of the season, and brothers Meech and Terry are no longer on the same page. Meech wants to expand their drug operation in Detroit, but Terry wants to put his family first and stay out of trouble.

According to 50 Cent, the plot of the second season can take place in different places. Da’Vinchi (Terry) has indicated an interest in further developing the relationship between Meech and Terry in upcoming plotlines. So, we may anticipate a season 2 that is even more intense.

Is The Series BMF Based On A True Story?

Yes, “BMF” is based on a real incident. The lives of Terry “Southwest T” and Demetrius “Big Meech” Flenory served as inspiration for the television series. In 1989, the brothers founded the mafia group Black Mafia Family and engaged in drug trafficking and money laundering in Detroit.

In the 1980s, they began by selling drugs on the streets of Detroit, and by 2000, they had grown their business into other states.

The brothers entered the hip-hop music scene in the early 2000s after establishing the record label and promotion company BMF Entertainment. Through this label, which is thought to have served as a cover for their unlawful activities, they partnered with a number of well-known artists.

The brothers were detained in 2005 together with other members of their mafia organization. In November 2007, they pleaded guilty and received a 30-year prison sentence.