In his video, Dwayne Johnson said that he was standing right outside the infrastructure. 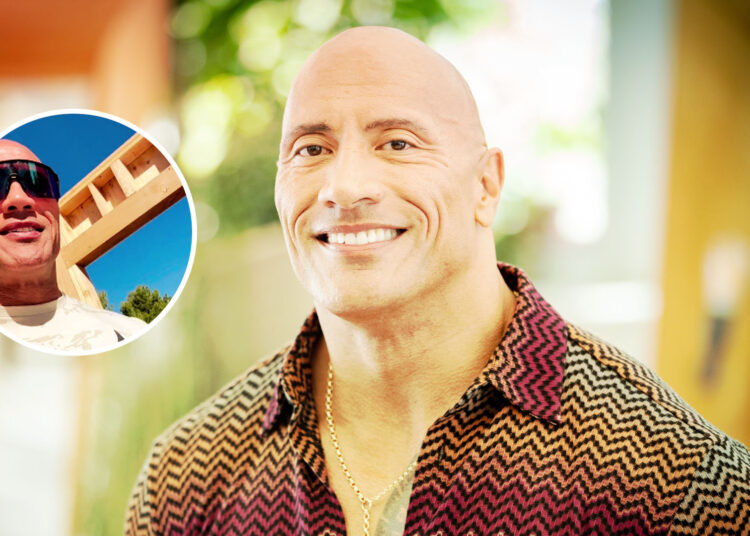 Dwayne Johnson and His Iron Paradise. Dwayne Johnson who is popularly known as “The Rock“, has an Instagram fan following of about 348 million people. His posts are liked by millions of people.

In his recent posts, Dwayne Johnson has posted a video of him standing in front of his new gym known as Iron Paradise and getting mesmerized by his own build gym. He is seen wearing a white casual tee and amazing shades. Although the look is extremely casual, he looked dashing as always.

In his video, Dwayne Johnson said that he was standing right outside the infrastructure. These massive beams were the ones that are gonna hold the gym, Iron Paradise. He also shows that the concrete floor is also done. He mentions that although he has built many more gyms, he is particularly excited about this one.

Dwayne Johnson posted the video with the caption, ” Building the new #Iron Paradise.

Cool to walk the site and feel the mana as you can start to get a feel for the vision.

He continues to appreciate the master builders and complements them by saying that they are way smarter than him. This shows how humble a human being he is.

The gym, Iron Paradise, will be built for Grit therapy and mental anchoring. He seems very hopeful about that gym and thinks it’s gonna be fun which I am sure will be the case.

He ended the post with the lines ” Build it and they will come”. We hope the gym, Iron Paradise, becomes the paradise for thousands of builders and finally it becomes successful.

In another post, he posted his post-Sunday workout cheat meal. It was a dozen eggs with feta, an English muffin with butter, and 4 pieces of cornbread. The Meal looked delicious. Through his post, he also encouraged his audience to enjoy their cheat meals. He posted it with the caption ” back to business…”

His recent posts got the likes of about 4 million people and many people including celebrities and his fans have commented on the posts. This shows how he continues to impress the audience.