The s*xy diva Mouni Roy can rock any outfit and she proved that in a recent IG post. 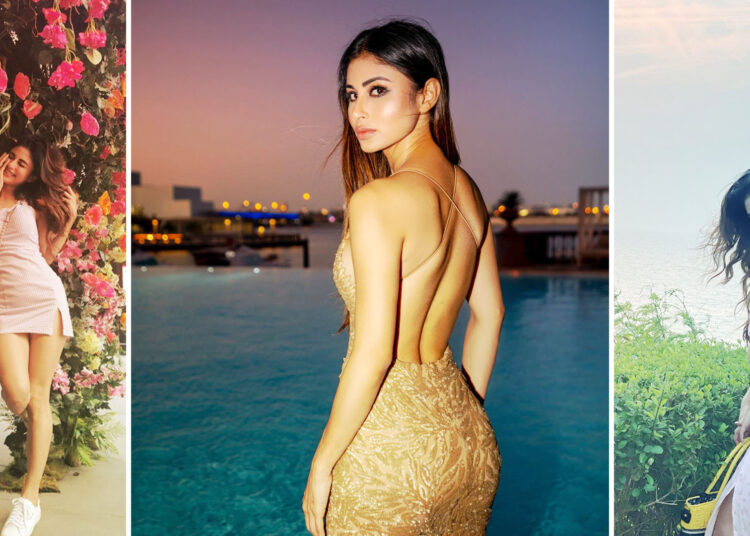 Mouni Roy loves to travel and it’s surely something that she does quite often these days, and she has said herself that her life’s motto is to work hard and travel harder.

The diva has earned all the rights to live her life in the best way possible, she has worked rigorously for over 15 years in her illustrious career in which she has worked in the television industry as well as the film industry.

In the last decade, she has delivered some really amazing performances, be it in the television industry in the superhit show Naagin or the recently released, one of the most talked about movies of the year Brahmastra.

Now, Mouni has reached a stage in her career where she is getting offers from left, right, and center, but it seems like the highest-paid television actress wants to spend some time traveling around the world.

Here you can check out some pictures of Mouni Roy Minding Her Own Business.

Earlier this year, Mouni tied the knot with her husband Suraj Nambiar and since then the love birds have been vacationing at some really beautiful destinations. Mouni loves to share her whereabouts with her over 25 million Instagram followers and in a recent post, Mouni appears to be enjoying her time in some beautiful destinations.

In a December dump post, she shared a thread of pictures in which Mouni Roy can be seen wearing a peach-colored dress and posing in front of a flowery tree, in a pink off-shoulder dress near a beach, in a bikini at the beach, giving hug to a Groot statue in a restaurant, one in traditional attire and few more in a black outfit looking super-s*xy.

Mouni has a habit of shocking her fans with her enchanting beauty that ages like a fine wine. Meanwhile, on the work front, Mouni will next be seen in a movie titled The वरGIN Tree, which will be released next year. Mouni has recently featured in a music video titled Fakeeran, and it’s a must-watch for Mouni fans.