The most popular actress in the television industry Mouni Roy is now ready to be the next big thing in the Bollywood industry, Mouni has received appreciation from top film critics. 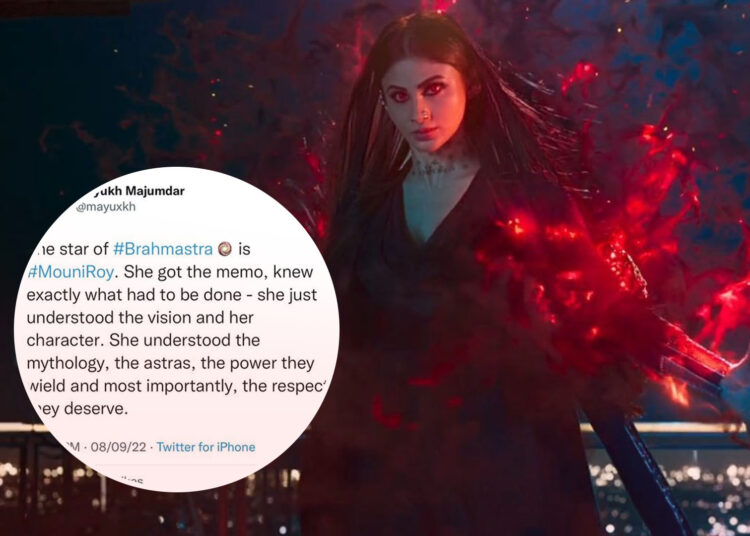 Mouni Roy is finally getting rewarded for her hard work in the Bollywood industry, till now she has been one of those actors who was underappreciated and overshadowed by the performances of the other lead actors in a movie majorly due to the fact that she has worked in cameos and low budget movies.

But finally, after over 5 years of grinding, Mouni got a good role in the movie Brahmastra and her work is getting appreciated by top film critics and fans.

Now, as you all must be aware that Brahmastra has collected over 75 crore rupees worldwide on Day 1 of its release, and the movie has now the highest non-holiday opening day collection on its opening day at the box office, the record previously belonged to Ranbir Kapoor starrer Sanju.

Here you can check out some posts of Mouni Roy.

Brahmastra seems to be that movie that will bring the good old days of the Bollywood industry and the numbers are evidence of that as on the second day Brahmastra collected over 35 crores alone in the Hindi belt and the two-day collection has touched almost 70 crore and experts have suggested that the movie will cross the 100 crore mark by Sunday.

Some critics shared their opinions on the success of the movie and the majority of them said that Mouni Roy’s performance has played a major role in it, Mouni’s character as Junoon in the movie is scintillating and really impactful.

Mouni is overwhelmed with the love she has been receiving and she recently shared her feelings with an Instagram post, she posted a bunch of screenshots of tweets from top film critiques who appreciated her performance in the movie, and she captioned the post with the feeling of being blessed and thanked her fans and well-wishers.

Given Mouni’s spectacular performance in the film and the love and support she is getting from the fans, it’s now clear that Mouni is all set to become a mainstream star and we will definitely see her in more Bollywood movies in the future she really deserves it because she has earned it.