Rumor has been spreading on the internet that Tom Holland and Zendaya are engaged. Is it true though? 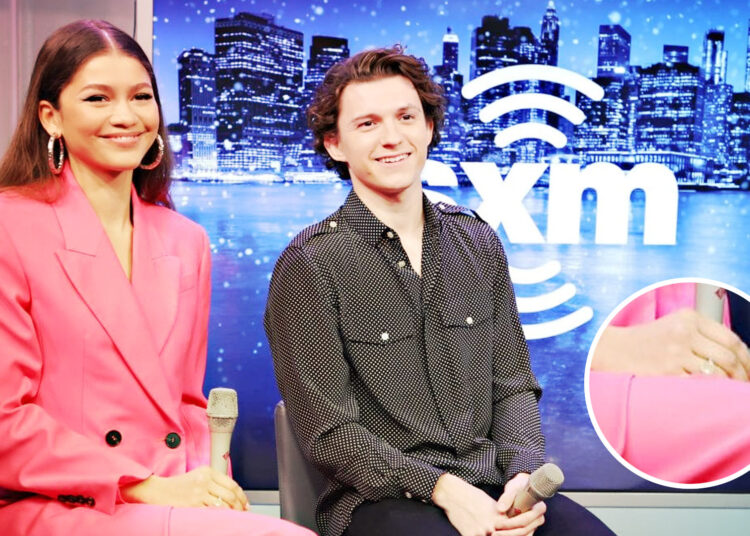 So apparently, news that spread faster than spilled water was that Tom Holland and Zendaya Maree Stoermer Coleman are engaged!

Is the news true or just a rumor? Find out by reading the full article.

Two of them are looking at each other and the caption says, “Tom Holland and Zendaya are reportedly engaged.”

Well, guys who have a crush on Zendaya are not pretty happy with the news as they are commenting crying pictures down the tweet.

So is the news really true? Have Tom Holland and Zendaya made their future official? Can people who have a crush on Tom and Zendaya start wetting their pillows?

The answer is, maybe not.

The news that Tom and Zendaya are engaged can be called a rumor because of what Zendaya’s mom posted on her Instagram story.

Claire Stoermer, Zendaya’s mom took to Instagram and posted the definition of the word ‘Clickbait’ on the first day of December 2022. They definitely read,

“Clickbait typically refers to the practice of writing sensationalized or misleading headlines in order to attract clicks on a piece of content. It often relies on exaggerating claims or leaving out key information in order to encourage traffic. The term is generally used in a dismissive sense.”

With this sarcastic story, Claire totally bashed out that what Pop Hive tweeted and what every mainstream media is reporting regarding the engagement of her daughter and Tom is false.

Zendaya met Tom Holland in 2016 for the very first time. It was during the shooting of Marvel’s first Spiderman movie, ‘Spider-Man: Homecoming.’

Tom and Zendaya were seen making out inside a car in July 2021. That’s when the world knew that there was something going on between them.

Recently in October, the Hollywood couple was seen together on a romantic date at Louvre Museum in Paris.

A paparazzi also took a shot of Tom hanging out with Zendaya and her mom in Los Angeles. Rumors have been there that the sweet couple is pretty serious and permanent regarding their relationship.

As the news of the engagement is false, the stans of ‘Tomdaya’ will still have to keep on waiting until something official is announced from the two Hollywood stars.