Fiona Frost's appearance makes this one of the finest Spy x Family episodes. 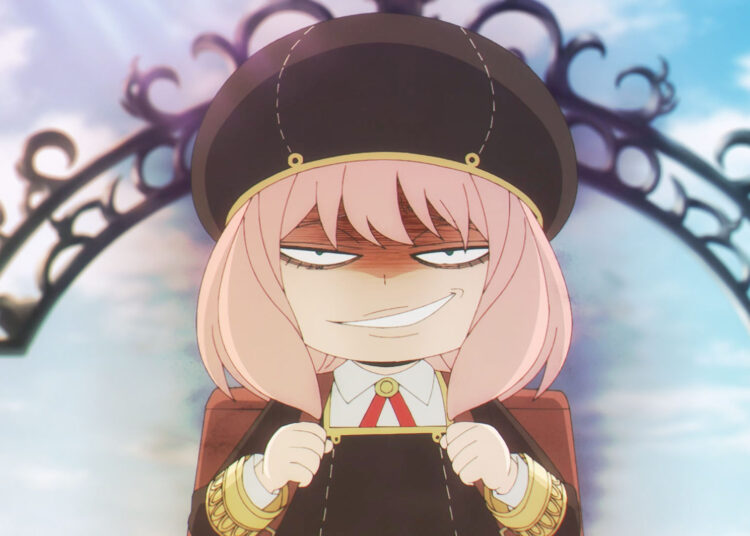 Fiona Frost visits the Forgers’ house in the Spy X Family Season 2 Episode 21,” named “Nightfall & First Fit of Jealousy,” after being told by the Handler to give Twilight, AKA Loid, critical information.

She believes she should have done a better job of educating Anya on how to be a good student and is annoyed by Yor’s carelessness. Later that day, resentful of their intimacy, Bond smashes Anya’s stuffed animal.

When Fiona & Loid first see each other at the apartment’s main entrance, they talk using spy language. However, as soon as Anya arrives, she realizes that Fiona, like her father, is a spy.

Despite her first suspicion that she is undoubtedly a wicked spy based on appearance, her perspective quickly changes as she begins reading her thoughts. Fiona Frost adores Loid and fantasizes about starting a family with him.

She wants to take Yor’s place and be an excellent wife to Loid, but she is unable to do so due to her obligations and Loid’s work commitments.

Fiona appears to have never spoken about her sentiments in front of her senpai, who has previously taught her and instilled in her the habit of never disclosing her true thoughts as a spy. As a result, Fiona starts to feel uncomfortable during the conversation with the Forgers.

It occurs when Anya discovers that Fiona is preparing to get rid of Yor in her brain. She hugs her mother and thanks her for all she has done for her as a result.

Anya makes Yor shed tears with her warmth and sincere love, and she makes a vow to Loid that she would do more in the future for her family. In turn, Loid assured her that she had already accomplished enough and did not need to do anything further.

Fiona is familiar with Loid’s fake smile because they have been colleagues for a while. Loid smiles back at Yor, but his face has a tinge of emotion. She is uncomfortable by this, so she quickly decides to leave.

Loid chooses to follow her because she doesn’t have an umbrella, and it is raining outside. When they cross paths again, Fiona lets him know that his Handler has requested her to join him on his upcoming mission. She is hiding her feelings while still maintaining her professionalism. But fortunately, the rain made it difficult for Loid to read her emotions.

Although the two part ways, it is clear that Fiona is deeply in love with Twilight. She naturally envies Yor since he was able to get a glimpse of natural feelings from someone as professional as Loid.

Also Read: Moonrise Release Date: When Is It Coming?

Anya and Bond watch television together when they see a penguin get shot. With his last breath, the penguin tells his companion to keep striving for world peace.

Anya yells at the television, mourning the penguin’s death. To remember him, she sleeps with her plush penguin, a special present from Loid. Bond notices this and becomes envious of the plush penguin. Unfortunately, he thinks he’s been replaced and tears the penguin apart.

Anya awakens to see her favorite stuffed animal ripped to bits. She expresses her hatred for Bond and mourns the loss of her stepfather’s gift. Loid sews the stuffed animal together, and Bond offers Anya peanuts as an apology.

This is their first fight, and it’s one of the few instances in the series that Anya has shown actual rage. And the fact that her rage is focused on her best friend creates a heartbreaking moment.

The conflict will be resolved soon. Anya apologizes for her harsh comments, and the show concludes with a nice feeling of satisfaction.