Sam Asghari Shares BTS Pics From the Sets Of Lioness.

Sam Asghari has posted BTS pics from the sets of ‘Lioness’ and you wouldn't want to miss them. 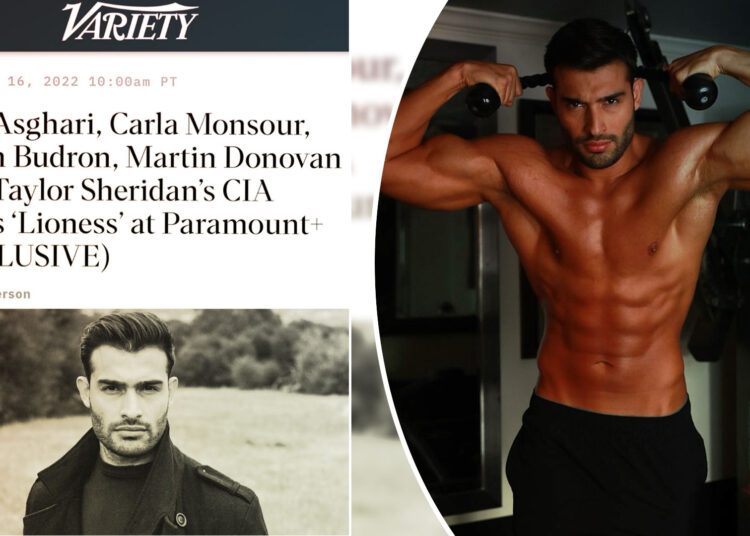 Sam Asghari, the Iranian-American model who is married to Britney Spears has posted behind-the-scenes pictures from the paramount plus origin series, ‘Lioness.’ Scroll down this post to know more.

Sam is an Iranian-American actor and is also a model and fitness trainer. He’s been married to Britney Spears since last year. Sam and Britney met on the sets of ‘Slumber Party’ which is a song by Britney. He starred as the main lead opposite Britney in the music video. Sam mentioned that Britney gave her ‘butterflies’ when she first saw her.

After meeting for the first time, Britney and Sam exchanged contact information. They went out for Sushi afterward and have been together ever since. Asghari has been in talks ever since. Meeting Britney has definitely pushed his acting career.

Sam Asghari has landed a guest role in ‘Lioness.’ He recently shared BTS pictures from the sets of ‘Lioness’ on his Instagram.

Lioness is a Paramount+ upcoming drama series. Lioness is based on a real-life CIA program. The official description of the show is –

‘Cruz Manuelos (De Oliveira), a rough-around-the-edges but passionate young Marine recruited to join the CIA’s Lioness Engagement Team to help bring down a terrorist organization from within.” Saldaña will play Joe, described as “the station chief of the Lioness program tasked with training, managing and leading her female undercover operatives.’

In the post, Sam can be seen sitting on the chair with ‘Lioness’ written behind it. According to the picture, he’s definitely enjoying the shooting.

Another reason to believe that he’s looking at the shooting as a vacation is revealed in the video that he posted along with the picture.

In the video, Sam is riding a scooter that is pretty small according to his humongous body. The video starts with showing the set of Lioness. As the camera moves further, Sam enters the frame riding his teeny-tiny scooter and going full swag mode.

Sam has written the caption, “Is the scooter too small for me? #bts 🎥.” He’s definitely having a great time on the sets of ‘Lioness.’

‘Lioness’ is expected to release late in 2022. Wanna see Sam Asghari on your screens? Keep a check on the release date of ‘Lioness’ which will be declared sooner or later.