Sam Asghari Claimed Not to Be Controlling Britney Spears In Recent Interview!

Fans of Britney Spears claimed that Sam is controlling or limiting the singer but all claimed were denied by the actor! 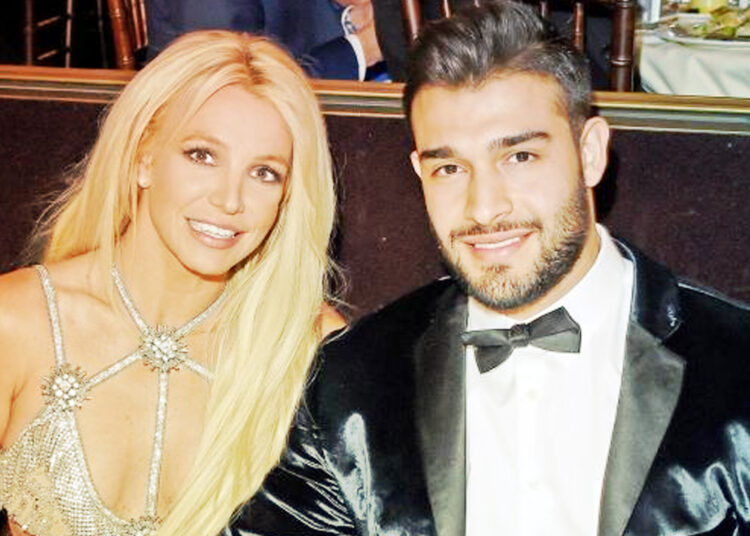 The husband of Britney Spears that is Sam Asghari is not at all controlling his wife. Celebrities are always got surrounded by certain rumors that may or may not be true.

Whether it is related to their dating life or the separation from their partners or signing any project or any kind of deal.

We have seen how every activity of them gets captured and find different kinds of perspectives in media as well as with the fans. Some of these prospectuses have no clues of truth while others just remain a thing of disturbance in life.

Something like this has been recently seen with the husband of Britney Spears that is Sam Asghari. It is not at all a secret that 41-year-old British Spears has very protective fans. And if anyone comes at the best then her husband is her biggest fan of hers. He always shut down all the trolls who claim that he always controls her.

Sam Asghari is not Controlling his Wife Britney Spears.

It was on 30 December 2022 when Sam Asghari was giving an interview to TMZ where he expressed how he has never controlled his wife Britney Spears and doesn’t even control what they will have at dinner.

He has also talked about like how people are thinking of him as controlling her as they are very protective fans of Britney Spears. Coming to the interview then Sam was looking handsome in an all-black outfit. He was wearing black sunglasses and a belt bag.

Britney Spears was not seen side by her husband. Fans even wondered whether everything is going well between the couple or not as they have not made any kind of appearance on Christmas.

Whether it is related to their social media appearance or having any holiday moment, they have not opted to share it with fans.

It was a few days ago when Sam shared a photo and video of himself with Britney Spears on Sunday. It was related to a hike that they both did with a meditation on Christmas Day. In the photo, we can see how both are happy and looking into eyes of each other while meditating. One can easily see a great background with a clear Sky with a bit of cloud and grasses.

Coming to Britney Spears then she is known for posting racy photos or videos on Instagram. And that’s the reason why she has got a lot of criticism not just from the fans but also from some of her family members, including her sons. It was recently when Britney Spears posted of video of herself and her husband Sam.

In the video, the singer was dancing her heart out while wearing a black mini-dress. She was dancing nearby Sam and Sam also enjoyed joining her.

While Britney Spears was showing off her moves, Sam cannot control but he was smiling and blushing. Coming to the caption then she has written how they both have taken the dance floor before everyone else.