Britney Spears and Elton John showed off their vocals by releasing acoustic version of Hold Me Closer! 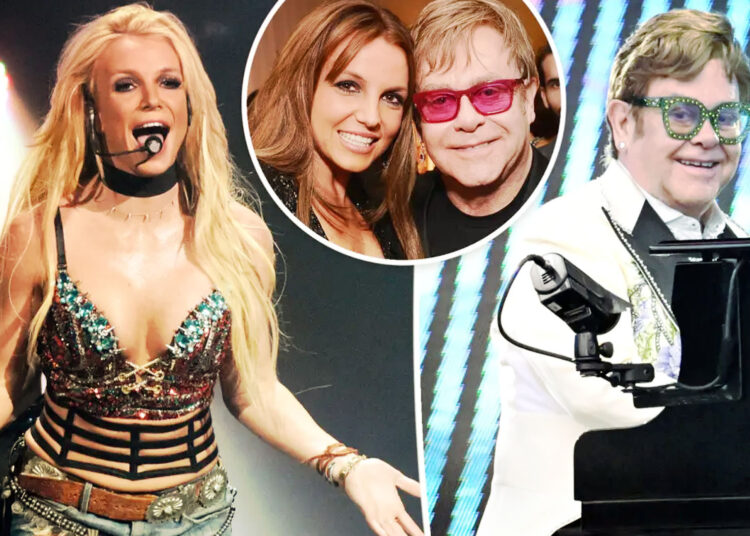 If any song becomes a hit or an anticipated song then a lot of version of it comes in front. Whether it is related to the version made by fans or the singers themselves, with no doubt things are loved by fans and listeners.

If we talk about any version then the most loved is an acoustic version of any song. And if things come with perfect video then no one can hold themselves but to listen and watch it again and again.

Something like this happened with the song called Hold Me Closer by Britney Spears and Elton John. They both have recently given a gift to their fans by releasing an acoustic version of the song.

Presenting a holiday present to the fans, Britney Spears and Elton John have released an acoustic version of their song called Hold Me Closer. Coming to the real track then it got released in August 2022 but this new version was released on 18 November 2022. This version is a piano one where one can easily fall with the track.

Here you can check out Britney Spears And Elton John’s Acoustic Version Of Hold Me Closer.

This version is more of an emotional one that gives extra space to Elton John and Britney Spears to showcase their vocals. This version also has a video that featured Olympic gold medalist Nathan who has been seen doing ice skating to a routine he choreographed himself.

The 23-year-old Nathan had one gold medal in the recent Olympics that happened in China. Coming to his talks then he easily gets inspired by the song, especially Elton John music. He is inspired by the singers and that’s why got an opportunity to feature in the video.

It was his one of dreams to skate at the Olympics. But when he got the news of having a special moment in his life through the video then he was not able to believe it. He said both the singers have created a very beautiful version of the song and it is nothing less than an honor.

In the original video of the song called Hold Me Closer neither Britney Spears nor Elton appeared. The video was more of a dancing one as Britney Spears doesn’t want to spoil the talent of the dancers. It was also because of the tight schedule that was around Britney Spears.

Coming to the recent life of the singer then she is right now quite busy in her personal life as she has not lost hope of having kids. It was recently when she refused her husband Sam when he asked her to join Instagram live. Many people talk about it as if something is not going well between the couple however, the couple is happy in their relationship.