Emily Ratajkowski was seen in bikini of leopard print as she is rumored to be dating Pete Davidson! 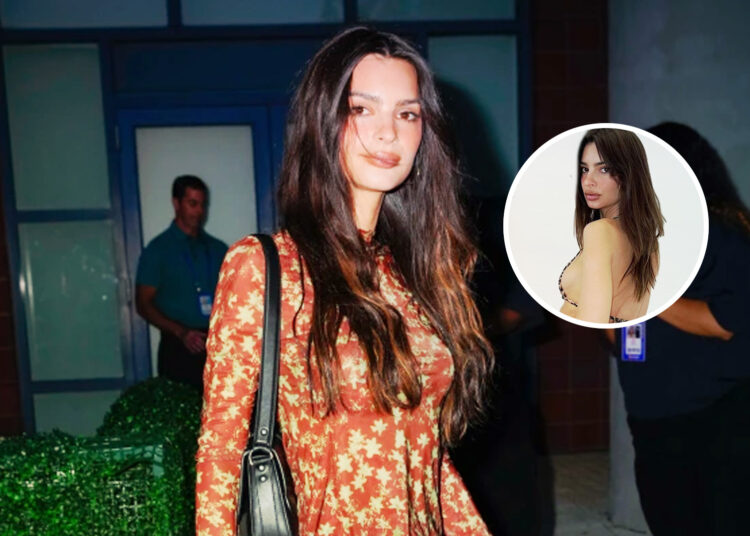 Recently Emily Ratajkowski posted a video on her Instagram wearing Leopard Print Bikini. There are a lot of celebrities who loved themself in proper bikini look that goes according to the season and also according to the choice.

Whether it is related to making it on the red carpet look or having a casual outing, Hollywood celebrities are well known for taking fashion into their hand and starting a new trend.

The 31-year-old model Emily Ratajkowski was recently seen looking beautiful as ever in her Leopard bikini. The model uploaded an Instagram video on 22 November 2022 which has a lyric about her divorce from her rumored romance with Pete Davidson.

Here you can check out the video of Emily Ratajkowski.

The 31-year-old model has tagged the brand she was wearing and in the caption, she has written that this suit is suiting her right now and it is on sale. She has given some pose in some photos which was posted through the brand. In one of the photos, Emily Ratajkowski has shown her backside which was pulled with swim bottoms and a bikini. The hair was open and she followed all the makeup routines.

Apart from the bikinis, the model went with very less makeup that included blush and glossy lips. She was wearing almost no accessories for this photoshoot. The model has added a song called Middle Of The Ocean by Drake in her video with lyrics that have to reference her divorce.

The lyrics go like this this: “Emrata here fresh off a divorce, and I’m tryna look in her eyes, maybe express my remorse. If she wants a rebound with me, I’m down to go get her some boards.”

It was recently when the model was surrounded by the divorce news and now she is surrounded by her dating comedian Pete Davidson. Just a few days ago both people were seen together while hugging and spending a beautiful time together away from the cameras and people.

They are right now in the initial phase of their dating and that’s the reason why they don’t want to have any attention, especially not Davidson.

They were seen meeting inside a Brooklyn Apartment where both were smiling and looking into each other’s eyes. None of them has done official announcements or confirmations. The model has confirmed that she is single.

It was not very far ago when Emily talked about her excitement and how she is feeling emotions. She said: “I feel anger, sadness. I feel excited. I feel joy. I feel levity. Every day is different. The only good thing I know is that I’m feeling all those things, which is nice because it makes me believe that I’ll be okay.”