Chris Pratt And Wife Katherine Were Seen Kissing Each Other In Casual Outing With Kids!

The married couple Chris Pratt and Katherine were seen together having a great time as the actor was seen kissing his wife! 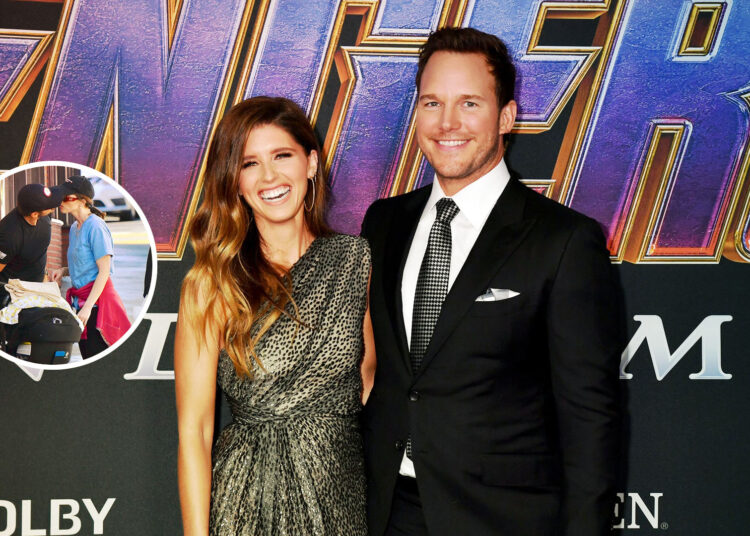 Chris Pratt and his wife Katherine were spotted having family time with the kids in Los Angeles. It is very obvious for celebrities couple to come in front of the camera and show their love. But sometimes they want a private space away from the cameras and media attention, however, these things get way more attention than they can think.

Whether it is related to a casual outing with their partner or having a private movement through a walk, everything gets captured under the eyes of fans. Something like this has happened recently with many Hollywood celebrities, especially the married or engaged one. Among them are Chris Pratt and Katherine.

This couple is the cutest of all and most importantly they are the cutest parent as we can see this through their outing. The recent outing of the couple happened in Los Angeles where 43-year-old actor Chris Pratt was seen with his wife and two daughters. Showing his love for his wife the actor could not hold himself and steal a kiss from his wife during this lovely outing.

Chris Pratt is known for his role in the Guardians Of the Galaxy. Coming to his recent outing then he was wearing a black t-shirt with a black baseball cap and black pants.

On the other hand, his authored wife was wearing black leggings with a blue t-shirt and a black baseball cap. She was also wearing goggles and her hair was tied up in a little pony.

Here you can check out some pictures of Chris Pratt, Katherine, and Kids from Family Outing.

One of the daughters was seen in the trolley while the other one was beside them. She was wearing a spotted shirt and tan leggings with sneakers. The sneakers of the daughter were matching with the mothers.

Coming to the kiss then the little moment came while they both stopped for a little while and Chris Pratt looked directly at his wife. The couple gave birth to the second daughter in their life in May 2022.

The actor has announced this good news through Instagram and informed his followers about the exciting news. They have named their daughter Eloise.

Chris Pratt is also a father of a son named Jack who is 10 years old with his ex Anna. The couple got separated in 2017 but they are close to each other. It is because of their being parents that brought them together and thus became good friends. It is not just about Chris Pratt and Anna but also about Katherine who is on good terms with his ex-wife.

Coming to the words of Anna then she said they are getting very close to each other and she appreciate this. Both the couple are very protective towards her and the same goes for them.