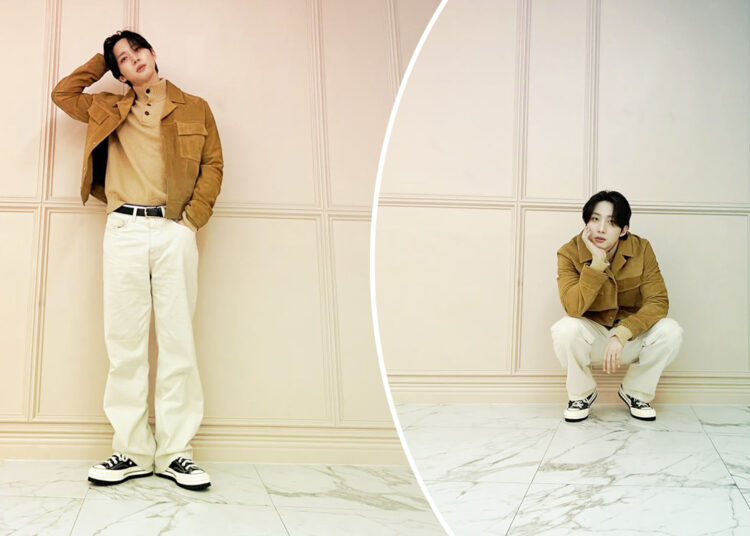 Lee Hoe-taek aka Hui of Pentagon is a South Korean singer, songwriter, and composer. He is the leader, lead dancer, and main vocalist of the South Korean boy band Pentagon. The singer made his debut in October 2016 under Cube Entertainment.

He posted his pictures as his first post with the caption “Just tag me.” Hui has recently completed mandatory military service and was discharged on November 17. According to the Conscription in South Korea since 1957, it is compulsory for male citizens aged between 18 to 35 to contribute to military service.

After Jinho, Hui is the second member of the team to complete his mandatory service in the military. From December 2020 his military enlistment date was extended to February 2021 as he was isolated for being contracted COVID-19.

He served there as a social worker and completed his military enlistment. When he came back after completion, he made his fans happy by opening an Instagram account. On his first post, the fans showered their love. Some of them included, “Welcome back,” “Miss you,” and “OMG!!! Love you, Hui.”

Along with former bandmate Dawn and previous labelmate Hyuna, he was a member of the coed trio Triple H. He is currently the leader of the trot boy group Super Five of MBC’s Favorite Entertainment.

The majority of the songs on the Pentagon are written and produced in part by Hui. Among his best-known songs are “Energetic” by Wanna One, “Never” by Nation’s Son, “Boyness” by Produce X 101, “Oh-Eh-Oh” by JO1, and “Shine,” “Naughty Boy,” and “Daisy” by Pentagon.

Hui is referred to as an “all-rounder” idol and is frequently praised for his abilities in singing, acting, songwriting, producing, and composing. He frequently produces songs for Pentagon, himself, and other artists, earning him the nickname “genius producer.”