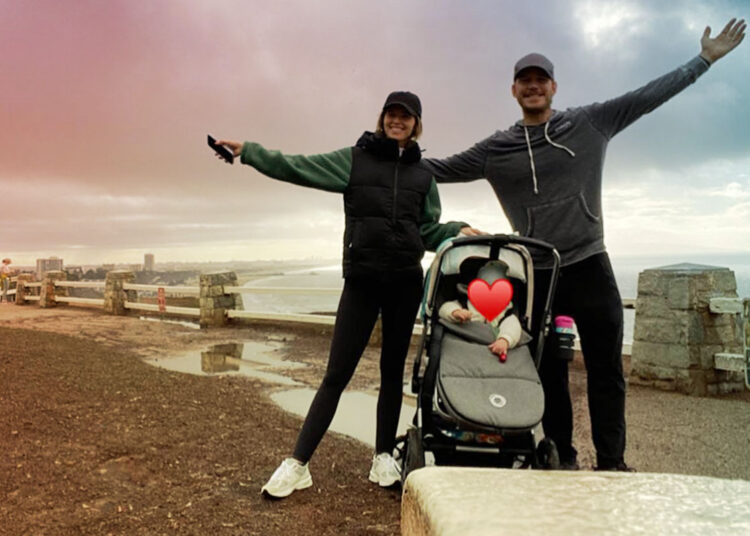 Chris Pratt and Katherine Schwarzenegger are one of the most popular and talked-about couples in Hollywood. The couple walked down the aisle on 8 June 2019 after seeing each other for almost one year.

Now after 3 years of marriage, the couple is proud parents of two little girls, Lyla who is 1 year old, and Eloise who entered the world just a few weeks ago May 21. Now, the couple was spotted a few days ago in Santa Monica, California having a walk in a park with their baby girls.

The couple was spotted in an all-casual outfit, the new one in the family, Elosie was covered in a blanket and was enjoying a ride in a stroller managed by his father while the elder one, Lyla was enjoying a tricycle ride handled by her mother. A few weeks ago Chris Pratt took to his Instagram to share the news of Eloise Christina Schwarzenegger Pratt’s birth, he also thanked his well-wishers.

Chris Pratt and Katherine are now families of five, not to mention Jack who is Chris’s son with his ex-wife Anna Faris, who is also spotted quite often spending time with his father and his stepmom. Chris Pratt married American actress Faris in 2009 but unfortunately, the couple parted ways in 2017 due to some differences, Faris is now married to Michael Barrett who is a renowned cinematographer.

On the work front, Chris Pratt has some amazing movies lined up that include, The Tomorrow War, Jurassic World: Dominion, The terminal list, Thor: Love And Thunder, and Guardians Of The Galaxy: Vol. 3.

And for those of you who don’t know much about Katherine, allow us to help you, she is the eldest child of the legendary and one of the most popular figures of this century, Arnold Schwarzenegger.

Katherine is a writer by profession and her genre is self-help, her book’s content is about guiding youth, compassion, and love towards animals.