Tomb Raider Netflix Release Date, and All That We Know So Far!!!

Tomb Raider is a brand-new animated series project that will air only on Netflix. It was first announced in January 2021. 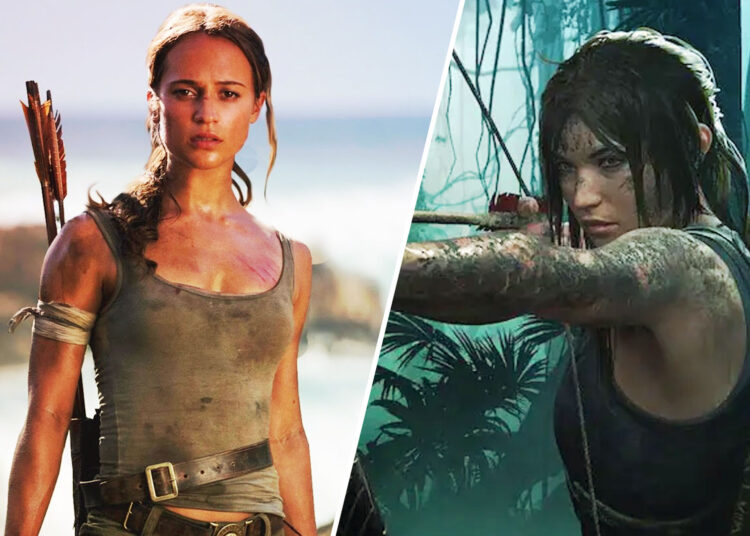 Netflix, Square Enix, Crystal Dynamics, and Legendary Television are collaborating on a new animated series based on the Tomb Raider video game franchise, which will premiere on Netflix in 2023.

Tomb Raider is a brand-new animated series project that will air only on Netflix. It was first announced in January 2021, along with an anime project for Skull Island. Netflix describes the project as a Japanese anime action series that will be “a road trip adventure” on its own website.

Every day, Lara Croft’s reputation as an intrepid explorer and archaeologist continues to spread further and further.

The main character of the “Tomb Raider” trilogy, who was at first one of the most important female characters in gaming, went on to become an icon of the genre and the face of the then-emerging 3D gaming period. Due to her enormous popularity, the games were adapted into two films in the year 2001.

To learn more about “Tomb Raider Season 1,” including the premiere date, cast, storyline, and all other relevant developments, keep reading.

At the time of this writing, there is no information regarding when the animation “Tomb Raider” series will be made available to the public. The series is expected to return at some point around the end of 2022 or the beginning of 2023.

The new “Tomb Raider” series was revealed in January 2021 by the dominant streaming service. The TV show is now under pre-production. The writing of the script for the animated series “Tomb Raider” on Netflix was completed on May 28, 2021.

The “Tomb Raider” anime will follow English archaeologist Lara Croft as she travels the globe and engages in Indiana Jones-esque adventures, much like the video games that served as its inspiration.

The series will take place after the events of Square Enix’s 2013–2018 reboot of the video games in terms of its place in the extensive 25-year timeline of the “Tomb Raider” media brand.

Beyond that, there isn’t a lot of specific information available about the plot at this time. But given that the most current “Tomb Raider” game, “Shadow of the Tomb Raider,” concludes with Lara Croft back at her house in Croft Manor, there are countless opportunities for her to undertake entirely new missions with both new and well-known characters in the anime.

Major Casts In The Series

1. Hayley Atwell will play the role of Lara Croft

2. Earl Baylon will play the role of Jonah Maiava

3. Allen Maldonado will play the role of Zip

Deadline announced on September 13, 2021, that Hayley Atwell had been cast as Lara Croft in the series that Atwell had mentioned on Instagram.

During the 25th anniversary celebrations for Tomb Raider on October 28, 2021, it was announced that Allen Maldonado had been chosen to play Zip and that Earl Baylon would reprise his role as Jonah Maiava.

Tomb Raider is one of the world’s most well-known video game franchises. Since its initial release in 1996, the franchise’s installments have sold more than 85 million copies. The new game trilogy gave the plot fresh life and had an impact on the creation of both this new anime series and the 2018 feature film starring Alicia Vikander.

Tasha Huo, who will also write Tomb Raider, and Dmitri M. Johnson, the founder, and CEO of dj2 Entertainment, will serve as executive producers.

The two Angelina Jolie films, Lara Croft: Tomb Raider and The Cradle of Life, are among the three films based on the video game IP that have already been made.

In 2018, Alicia Vikander starred in a reboot, and Warner Brothers are currently working on a sequel. The new series will pick up not long after the conclusion of the events that transpired in the three games published by Square Enix between the years 2013 and 2018.

Who Is Hayley Atwell?

The British and American actress Hayley Elizabeth Atwell was born on April 5, 1982. Atwell, who was born and raised in London, attended the Guildhall School of Music and Drama to study acting.

In 2005, she had her stage debut in James Kerr’s adaptation of the classical Greek tragedy Prometheus Bound.

Later, she had numerous television and West End stage appearances, and she received praise for her breakout performance as Lady Elizabeth Foster in The Duchess.

Atwell gained international fame for her performance as Agent Peggy Carter in the superhero movie Captain America: The First Avenger from the Marvel Cinematic Universe (2011).