Onmyoji Netflix Release Date, and Everything We Know So Far!!!

Onmyoji will be the first anime adaptation of the novel of the same name written by Baku Yumemakura that will be produced as an original series by the Japanese streaming service Netflix. 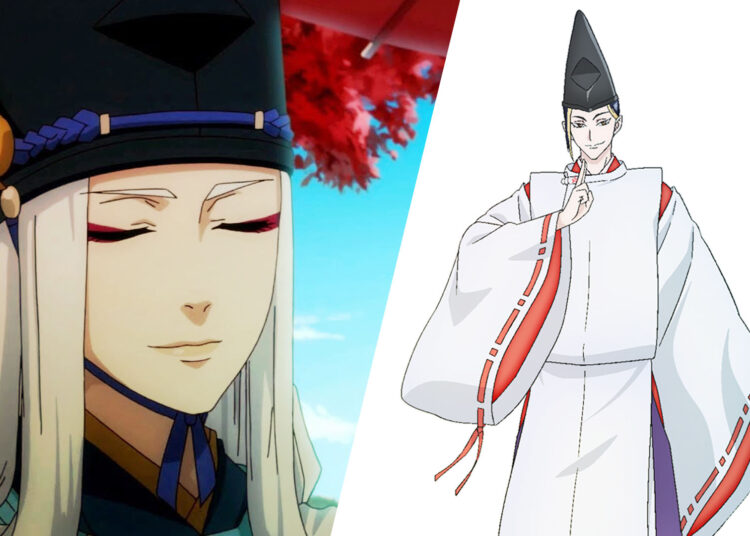 Netflix has said that it will be producing an anime version of Baku Yumemakura’s historical fantasy short story and novel series of the same name. The series is titled “Onmyoji.”

It was announced at the Netflix TUDUM that the novel Onmyoji by Baku Yumemakura will be adapted into an anime for the very first time and that the adaptation will be available only on Netflix.

As a result, Onmyoji will be the first anime adaptation of the novel of the same name written by Baku Yumemakura that will be produced as an original series by the Japanese streaming service Netflix.

Marvy Jack, the animation studio responsible for the upcoming Seven Deadly Sins anime movie Grudge of Edinburgh, as well as the anime series Spice and Wolf, is the studio that is animating the series.

The novel by Baku Yumemakura was adapted into a manga, which was first published on May 26, 1993. After 118 chapters and 13 volumes, the manga was finally finished on May 28th, 2005, twelve years after it began.

The series will be available on Netflix in 2023, and we will discuss everything you need to know about it, including the storyline, the voice actors that will provide the dubs, and the release date.

Onmyoji has not yet been given a specific release date; however, streaming service Netflix has stated that the anime would be made available sometime in the year 2023.

Moreover, the streaming service revealed some promotional artwork for the upcoming adaptation, one of which featured the Onmyoji character design. The other is concept art that shows a vantage point over Heian Japan.

The story of Onmyouji follows the illustrious onmyouji Abe no Seimei as he comes into contact with the incompetent royal lord Minamoto no Hiromasa and develops a friendship with him.

Together, they protect the Heian capital’s Kyou from an antagonistic onmyouji named Douson, who is secretly hatching plans to assassinate the emperor.

No cast members for the Japanese or English dubs have been confirmed as of the time of writing. This anime series on Netflix was written and created by Natsu Hashimoto and Yuiko Kato, and Soubi Yamamoto is in charge of directing the episodes.

More About the Series

The publication of Onmyoji began in the 1980s with the launch of a supernatural historical series that featured both short stories and novels. The series centers on the well-known onmyojis Abe no Seimei and Minamoto no Hiromasa. As of 2019, 18 volumes in all have been released. In 2016, a guidebook was published.

Baku Yumemakura is a well-known author in Japan who writes in the genres of science fiction and adventure. In Japan, more than 280 titles of his books have sold more than 20 million copies. He has been published in a number of media, such as comic books, television programs, movies, and major motion pictures.

His works are influenced not just by his passion for manga, photography, pottery, painting, calligraphy, and martial arts but also by his hobbies in the outdoors, such as fishing, particularly Ayu fishing, mountain climbing, and canoeing. He has released a number of photo compilations documenting his travels in the mountains of Nepal.

The book that made him the most famous, Jogen no Tsuki wo Taberu Shishi (The Lion that Ate the Crescent Moon), earned the Nihon SF Taisho Award in addition to the Seiun Award. He has also authored screenplays for movies, notably Onmyoji.

One of his well-known martial arts serials, “Garouden” (the saga of the hungry wolf), also known as “The legend of the battling wolves” in the west, has been translated into manga and has been the subject of two video games to date.

He earned the moniker “The artisan of violence” thanks to one of his well-known martial arts novel series, “Shishi no Mon,” and since 2014, he has been collaborating with renowned manga artist Masami Nobe on the scripts of a manga series, “Shin Garouden.” He has also served as the organization’s president in the past.