In terms of looks, the Acer Swift 3 is a dull product. It will be available in three colors, according to Acer. But just because it doesn't appear unique doesn't mean it's awful. 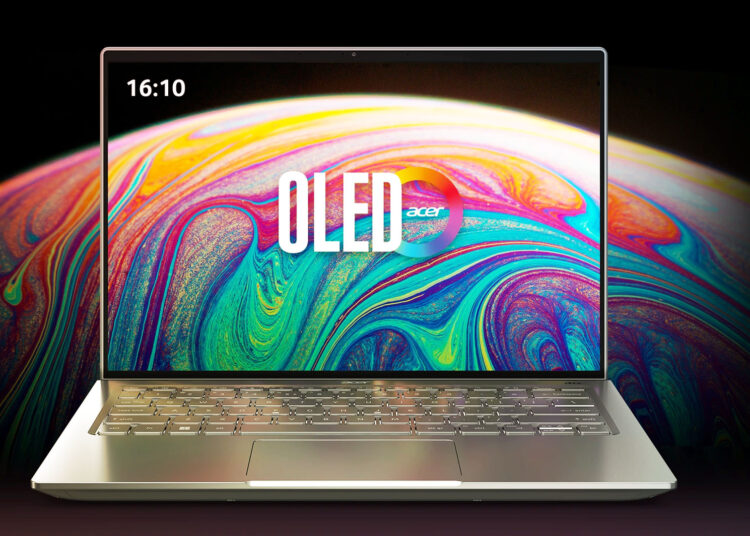 The Acer Swift 3 OLED is a follow-up to the Acer Swift 3, one of the best laptops ever built, and the Acer Swift 5 touchscreen. However, unlike the others, this laptop’s central selling point is its bright and stunningly gorgeous OLED screen, which also supports HDR.

In terms of looks, the Acer Swift 3 is a dull product. It will be available in three colors, according to Acer. But just because it doesn’t appear unique doesn’t mean it’s awful. The laptop is made of metal, which gives it an overall luxury feel.

While subdued, it seems clean and sleek. The only sign that it is a low-cost device is the plastic bezel surrounding the display. And, despite being primarily built of metal, the laptop feels relatively light, weighing about 2.75lbs and measuring only 15.9mm thin. As a result, it feels natural to pick up the laptop.

Looking around, you’ll notice two Thunderbolt 4 connectors on the left side, one USB Type-A port, and an HDMI port. I wish these ports were more evenly spaced since plugging in peripherals with both Thunderbolt ports simultaneously may be difficult due to their proximity.

The Acer Swift 3 OLED is a reasonably priced Ultrabook, with the best variant costing under $1,300, while the less expensive model costs $930. However, availability remains a concern, with the laptop constantly selling out.

The official US Acer shop is now sold out, and Amazon’s supply is continuously changing. Many nations, such as the Uk And Australia, have a much worse availability problem.

The Acer Swift 3 OLED has outstanding features, including an Intel Core i7 processor, 16 GB of LPDDR5 memory, and 1TB of storage in the most powerful variant. Even the less expensive version includes a powerful Core i5 processor and 512GB of storage, which meets or outperforms the competition.

Acer most likely accelerated the CPU to improve work performance, which makes sense given that most of the Ultrabooks’ target audience is business professionals searching for a sleek and portable work computer.

In addition, the CPU is supported by a ventilation system, which guarantees that hot air always has a route to leave due to the vent being situated above the keyboard.

The webcam is 1080p HD, which only shows up correctly with adequate lighting. However, the noise reduction capabilities, which assist in limiting background sounds and speech to a minimum, are its saving grace.

The difficulty is that, with roughly double the TDP, the Intel P-series drains the battery far faster. As a result, battery life will suffer if a laptop like the Acer Swift 3 receives these new processors without a corresponding increase in battery size (which there isn’t). Acer’s battery may last up to 10.5 hours on a single charge.

However, your mileage may vary depending on your daily workload. Usually, this would be the reason for concern with an Ultrabook, but given the OLED screen, the battery life is rather good. Unfortunately, turning on HDR drains the battery much quicker, so save that option when the device is charging while watching a movie.

The Acer Swift 3 2022 edition improves on earlier versions, with options for a sharper screen, a much better camera, and outstanding performance, all encased in a premium-feeling and lightweight design.

It truly falls short in terms of battery life, which, depending on who you are, may defeat the purpose of a laptop.

If you plan on being away from an outlet for an entire day, this is not the laptop for you. You’ll need to find a larger battery or a PC that still uses U-series CPUs.