After the dramatic emotional journey in the last episode, Mob Psycho 100 returns to a more straightforward phase this time. 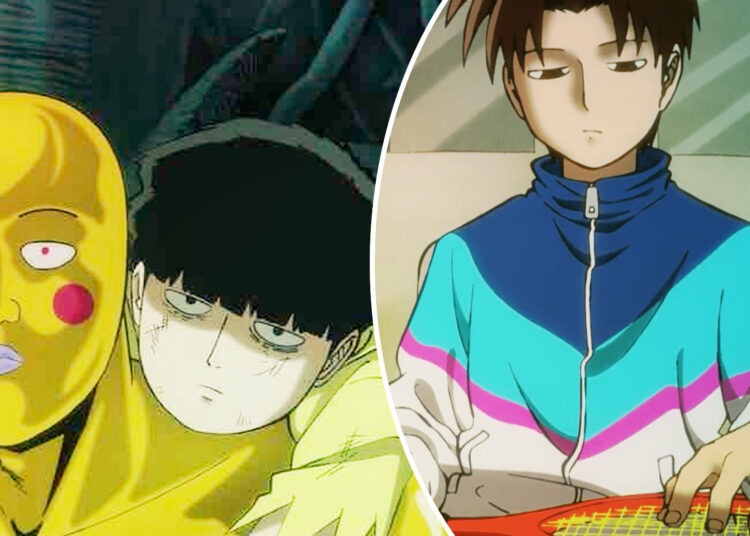 I hope you have watched Mob Psycho 100 Seasons 3 Episode 7, if not what are you waiting for go and watch it first.

The last episode did an excellent job of building anticipation for this one. With a flick, the summer vacation had come to a close. The winter vacations are next in line.

Fans are watching all of the students as they travel to their respective schools and celebrate Christmas with their families. So, without further ado, All you need to know about the new episode is right here.

I like how the show didn’t take the regular path with brothers, making them despise each other and then learning to cope with it, eventually becoming close. Instead, Mob cherished his younger brother and admired that he was not as socially awkward and friendless as Him.

Shigeo never quit loving his brother, and Ritsu grew to appreciate and respect his brother’s abilities and personality. Now, whenever these two connect on film, it’s a beautiful moment that shows how far these lads have gone.

The Telepathy Club is in jeopardy.

In Mob Psycho 100 Seasons 3 Episode 7, we meet the Telepathy club, who are in a dilemma. Now that the school year is ending and they haven’t done any telepathic research, Tome Kurata chooses to dissolve the club. However, in a desperate bid to keep it open, the remainder of the club asks Mob for help finding some telepaths.

The people in the Telepathy Club aren’t the most interesting, but they’re amusing enough, and the quirky animation helps keep the comedy going.

This storyline also allows for a study of how psychic abilities might feel lonely to a person as we meet a new telepath who decides to help the group. At first, he does come off as sarcastic and cold, which is irritating, but the episode provides an excellent little character growth.

It may seem illogical to add a new character so late in the game, but we saw him in the first season, which the anime brilliantly refers to. And how Mob provides him advice demonstrates how much our protagonist has progressed.

Mob Psycho 100 is on the lookout for UFOs.

Telepaths and evil spirits could suffice for one anime, but not for Mob Psycho 100, which appears to be delving into the world of UFOs. And, based on previous events in the show, the Telepathy club’s innocent journey to identify aliens is likely to turn into something far more significant.

Thank heavens, this narrative brings Reigen back. While the last few episodes have been fantastic, it’s been difficult not to have our favorite con artist on our screens for so long. He’s as entertaining as ever, even if he appears for a few minutes at the show’s end.

But we’ll see a lot more of him in the next episode, and we can’t wait.