The BigBoss fame Shehnaaz Gill is one of the biggest names in the country and she steals the heart of fans with her social media posts. 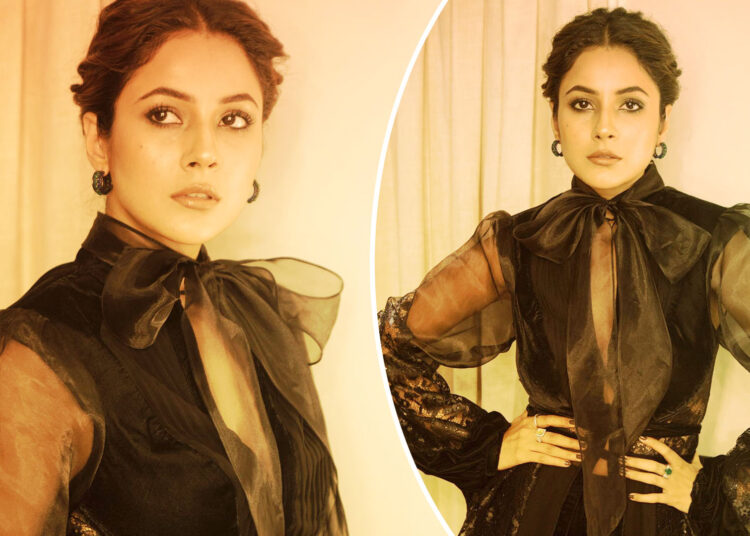 It would be safe to say that Shehnaaz Gill is one of the most popular names in the country, the charming diva has been ruling the heart of fans for the past 3 years.

The Katrina of Punjab became a sensation when she entered the 13th season of the popular reality show Bigg Boss and became one of the most loved celebrity guests in the house.

For many of her fans, Shehnaaz was the winner even before the finale so her position in the show didn’t even matter, when she came out of the house after the show was over, she was one of the most talked about personalities in the country and became a huge star.

Here you can check out Shehnaaz Gill’s Post in Black Outfit.

Shehnaaz also has huge popularity on social media, especially Instagram where she has 13 million followers and counting.

Shehnaaz Gill posts some really breathtaking photos on her IG; in her recent one, she decided to go all black with a very unique choice of outfit, she pulled up a black peplum top with a high-rise plunging neckline, puffed shoulders with full sleeves garnered with floral embroidery, and a ribbon bow gave it a unique look.

She paired the top with black satin pants that had a mid-rise waistline and flared hem with embroidery all over it, the top was from the shelves of Bennu Sehgal, and the pant by Amigos Communications.

For the dark outfit, Shehnaaz chose a middle split hairstyle with a messy bun, kohl-lined eyes, mascara-laden lashes, mauve shade lip color and blushed cheeks leaving a rusty look, she has left the Internet speechless with this superhot post.

Meanwhile, on the work front, the gorgeous diva will be making her Bollywood debut in Salman Khan starrer Kisi Ki Bhai Kisi Ki Jaan and the movie will hit the theaters next year in Eid.