Vijay Deverakonda and Ananya Panday's film 'Liger' is in discussion these days. 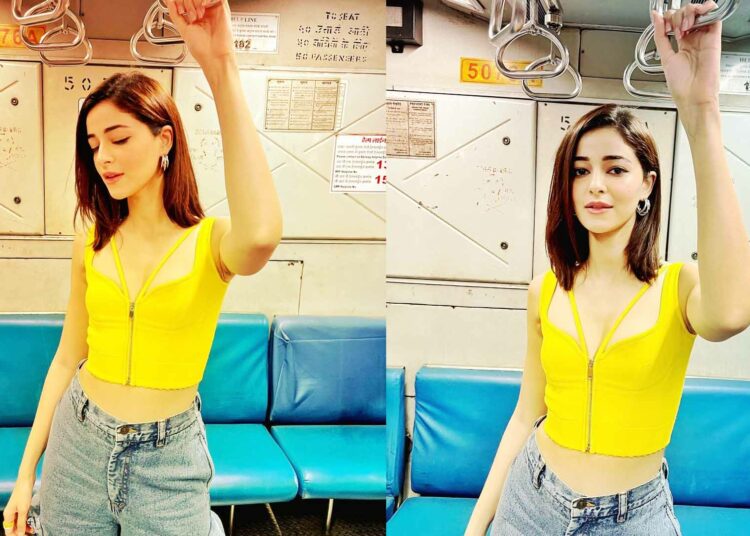 Superstar Vijay Deverakonda and Ananya Panday’s film ‘Liger’, which is going to debut in Bollywood, are in talks these days. Film stars are promoting fiercely at this time.

Meanwhile, Vijay Deverakonda and Ananya Pandey took a new route for promotion. Both of them opted for Mumbai local trains instead of expensive trains to promote the film. Pictures and videos of both have surfaced, seeing which fans are giving their reaction.

While this photoshoot Ananya Pande was lit.

Vijay Deverakonda and Ananya Panday traveled on a local train to Mumbai on Friday. Both traveled from Khar station in Mumbai to Lower Parel. Along with this, the makers of the film have also released the second song of this film “Wat Laga Denge” today. The fans of Vijay Deverakonda are very excited about his Bollywood innings.

This is the first time that Ananya Panday and Vijay Deverakonda are going to share the screen together. Recently the trailer of the film Liger was released. Seeing this trailer, Ramya Krishnan’s character was also liked by the fans, and fans on social media are also expressing their curiosity and love for the film.

‘Liger’ will be released in Pan India in five languages ​​namely Hindi, Tamil, Telugu, Malayalam, and Kannada. It is directed by Puri Jagannadh and Mike Tyson is also going to be seen in the film Liger. The film is all set to release in all the theaters on 24th August.

In An Episode Of Koffee With Karan, Ananya Reveals her secrets.

From denying her relationship with Aditya Roy Kapur to confirming her breakup with Ishaan Khatter, Ananya Panday has made many spicy revelations on the talk show.

Karan Johar also asked Ananya about her bond with Suhana Khan and Shanaya Kapoor and growing up in the ‘Corridors of Mannat’. The filmmaker also jokingly asked the ‘Student Of The Year 2’ actress if she was ever in love with Suhana’s elder brother Aryan Khan.

Guess what Ananya said to that? The star kid revealed that she had a crush on Aryan growing up. When KJo asked why the two didn’t hook up despite being in love with her, Ananya replied, “Ask him.” During the episode, Ananya confessed several times that she was in love with her co-star Vijay. When Karan informed star Arjun Reddy, he was shocked.

Ananya immediately replied, “Do I like it? He always pretends that ‘hey, no one notices me. I think so many people die because of it that I’m a little lost.

Apart from that, there was a lot of talk between Ananya Panday and Vijay Deverakonda. Both of them answered many questions related to their personal life and then shared a lot of fun and jokes with Karan.