Kalank actor Varun Dhawan was papped near his father's office, the star is all set make a comeback in June with JugJugg Jeeyo. 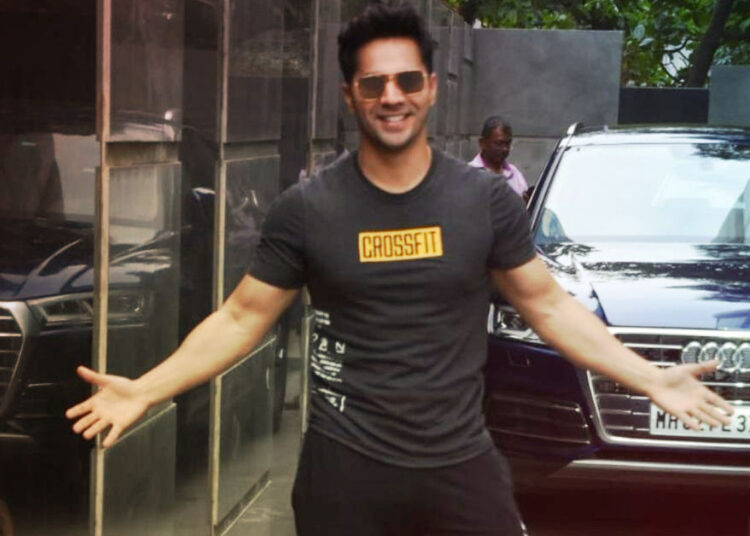 It has been a long time since we have seen Varun Dhawan on the Bollywood screen, the actor was last seen in Coolie No. 1 which was released in December 2020, unfortunately, the film failed miserably to impress an audience and so the last outing of Varun was quite bad.

Now Varun is all prepared for multiple projects coming for him this year and the following year. Varun is often seen these days publicly, maximum times at the airport and surely he is busy with his tight schedule. Last night he was seen heading towards his father David Dhawan office who we all know is a popular filmmaker.

Varun was casually dressed in a white full sleeve shirt and blue jogger pants and had a mask on and for footwear, he chose a slipper. Varun has worked with his father in past in Mai tera hero which was released in 2014.

Talking about all the upcoming projects of Varun, he has their films lined up – JugJugg Jeeyo, Bhediya, and Bawaal, his first of this year will be JugJugg Jeeyo which will be released in June. Stars like Anil Kapoor, Neetu Singh, Maniesh Paul, and popular YouTuber Prajakta Koli will also be seen in the movie.

The film has been directed by Raj Mehta and is produced by Karan Johar. His other film that will be released this year is the comedy horror film Bhediya starring Kriti Sanon alongside Varun, the film is directed by Amar Kaushik and it will hit the theaters worldwide in November 2022.

His next project which will be his only film in 2023 will be Bawaal, actress Janhvi Kapoor will be seen alongside Varun in the movie. As per current updates, the film is scheduled to be released on April 7th of next year. The film is directed by popular film director Nitesh Tiwari who has directed the blockbuster movie Dangal.

Varun Dhawan tied knots with his long-time girlfriend Natasha Dalal on the 24th of January last year, lets’s hope Varun gets blessed by some lady luck and delivers superhits this year.