The Euphoria star Sydney Sweeney posed on a Harley Davidson and this will surely raise the stocks of the company. 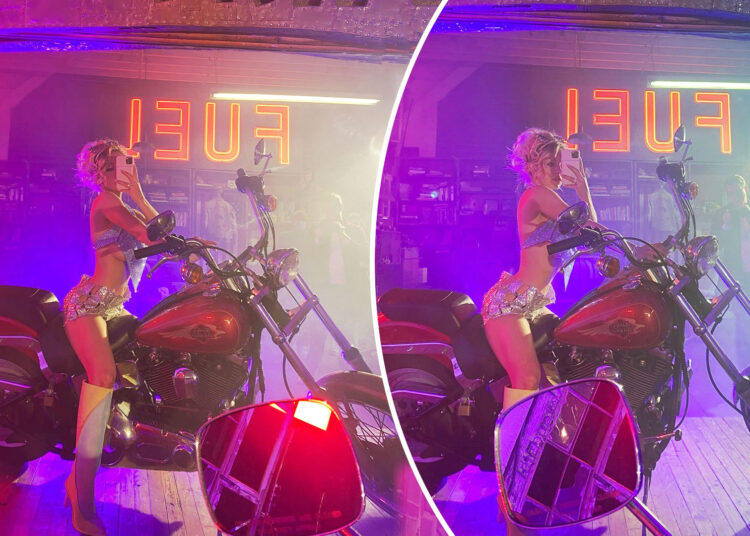 Sydney Bernice Sweeney is arguably one of the most popular names in the world right now, the American actress rose to fame with the series Everything Sucks! that premiered on Netflix in 2018, and later became a well-known star with the Hulu series The Handmaid’s Tale.

The 25-year-old Sydney Sweeney is not just one of the most attractive divas in the world right now, she is also a very talented actress; she made her first appearance as a young child artist in the movie ZMD: Zombies of Mass Destruction which was released in 2009 and after doing short roles in over 20 Hollywood movie.

Sydney got her first break in a lead role for the movie Big Time Adolescence and later in the same year, she delivered an amazing performance in the romantic drama film Clementine which was a huge success in her career.

She became known worldwide in the year 2019 as she was part of Once Upon A Time In Hollywood and the television series Euphoria, two of the best movie and tv series respectively.

Here you can check out the Recent Post of Sydney Sweeney.

Today Sydney has over 14 million followers on Instagram and her fanbase is second to none, from TIME magazine to Elle, Sydney is on the covers just everywhere.

She is also one the most talked about stars on social media and her majority of Instagram posts are the talk of the town; in a recent post, Sydney Sweeney dropped a criminally hot photo in which she can be seen giving a s*xy pose sitting on a Harley Davidson.

She was wearing white boots and a silver co-ord set and good lord her curves were looking sensual as ever the post is about to reach 2 million likes already, jeez! what craze for the diva.

On the work front, Sydney was last seen in 2021 vampire thriller Night Teeth and the web series Downfall High (2021) and she is currently shooting for the upcoming American superhero film Madame Web which is based on Marvel Comics, its a huge project and the movie is set to be released in the year 2024.