The Thank God actress Rakul Preet Singh was part of three Bollywood movies this year and has some exciting projects for next year. 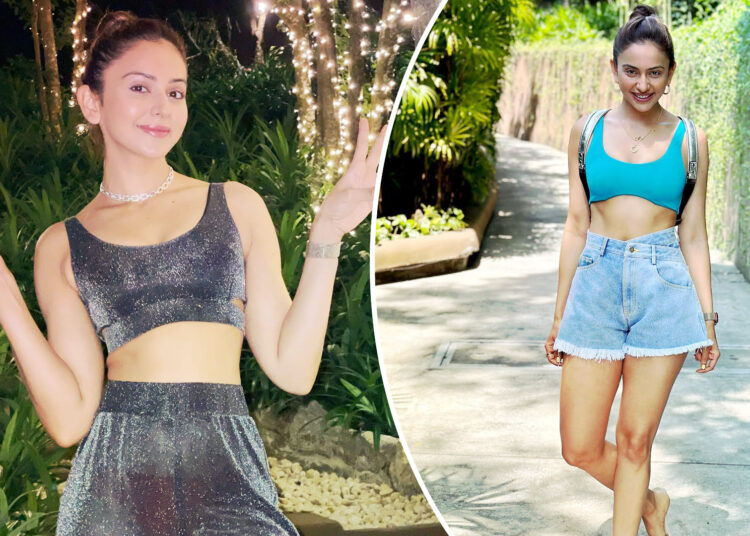 Rakul Preet Singh had an amazing year in terms of personal and professional front and just like most of us, the diva is aiming to enter the new year on a high note.

Rakul is one of the most beautiful actresses in the Indian film industry, she has got looks, a sexy figure, a charming persona, and whatnot.

The talented actress has worked in almost 40 movies across different film industries like Tamil, Telugu, Kannada, and Bollywood industry, she made her acting debut back in 2009 and her Bollywood debut came with a blockbuster movie Yaariyan in 2014.

After making a successful debut in Bollywood, many believed that Rakul will be the next big thing, but unfortunately, the diva didn’t get any film offers, she then went back to the south industry and did dozens of movies before making her return to Bollywood with Aiyaary in 2018.

Here you can check out some pictures of Rakul Preet Singh from her Vacation in Phuket.

Rakul is high in spirits as she is doing quite well in her career and with plenty of time left in the industry, the diva will certainly be part of some great movies in the future.

Now, recently Rakul shared a post on her Instagram where she has a huge following of over 22 million, the diva was looking delighted as ever as she welcomes the next year while enjoying a vacation in Phuket; Rakul Preet Singh was wearing a blue crop top with light blue denim shorts and she looked absolutely adorable, she is accompanied with her beau Jackky Bhagnani on the trip.

The couple has been dating for quite a long time and could tie the knot next year. Meanwhile, on the work front, she was last seen in Thank God which failed at the box office, while she has two movies in the upcoming year, one is titled Chhatriwali which will be released on Zee5 and the other one is Meri Patni Remake.